Mine eyes have seen the glory of the coming of the Lord...
Today is Memorial Day, the annual national observance for those service men and women who lost their lives in war (as opposed to Veteran's Day in November, which recognizes all who served). You'll hear the words of The Battle Hymn of the Republic played all over the US today. This day is often observed with parades, patriotic concerts, and remembrance ceremonies at military memorials and cemetaries.
It is vital and important to remember the lives lost at war in Vietnam, Korea, WW I & II, Iraq and Afghanistan, etc. But today I am thinking about those veterans whose lives were lost in their own home country by suicide. It is estimated that 22 veterans take their own lives every day, and one on active duty kills him/herself every day. Suicide rates among veterans are 50% higher than those of the general population. The VA has published its own statitistics and strategies for addressing this epidemic.

What do we do about this crisis? Several of my Facebook friends have been participating in the #22pushups challenge to raise awareness of suicide and PTSD among veterans. Share the word about this crisis hotline: 800-273-8255. Encourage veterans to change the sterotypical mindset that requesting help is a sign of weakness. I'll participate in my own way by wearing my flagpin today as many others will; but I will wear mine upside down, like this: 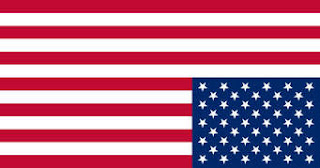 The upside down flag is a universal call for distress, not protest. I'll wear it not only for the men and women who have committed suicide, but also for their grieving families. I would encourage others to wear their flagpins upside down today as well. It may well inspire conversations where we could share our concerns for veterans facing their own personal crises. It's also a call for the health services we offer to veterans, physical and mental, to be more effective and easily accessible. The call to serve one's country must be met by the rest of us with a commitment to care for each one who serves so that they may live their lives with the dignity and respect they deserve. I offer the following prayer litany today, which does not formally mention suicide, but there is certainly room for it in the prayer of remembrance for the lives lost in war.
A Litany from The Book of Worship for United States Forces (1974)(One-time permission to print and use this litany in congregational worship has been granted by The Armed Forces Chaplains' Board, Washington, D.C.)
Leader: Let us give thanks to God for the land of our birth with all its chartered liberties. For all the wonder of our country's story:
PEOPLE: WE GIVE YOU THANKS, O GOD.
Leader: For leaders in nation and state, and for those who in days past and in these present times have labored for the commonwealth:
PEOPLE: WE GIVE YOU THANKS, O GOD.
Leader: For those who in all times and places have been true and brave, and in the worlds common ways have lived upright lives and ministered to their fellows:
PEOPLE: WE GIVE YOU THANKS, O GOD.
Leader: For those who served their country in its hour of need, and especially for those who gave even their lives in that service:
PEOPLE: WE GIVE YOU THANKS, O GOD.
Leader: O almighty God and most merciful Father, as we remember these your servants, remembering with gratitude their courage and strength, we hold before you those who mourn them. Look upon your bereaved servants with your mercy. As this day brings them memories of those they have lost awhile, may it also bring your consolation and the assurance that their loved ones are alive now and forever in your living presence.
Email Post