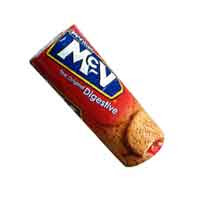 well christy and i returned to the states last week. we had a great time visiting our friends in britain, but after nine days (and a combined 19 hours on an airplane!) we were happy to get home and see our boys. christy wondered if they'd send us away, knowing it meant the fun times at the grandparents' home were coming to an end-- but no, they were thrilled to see us.


i mentioned in an earlier post that i had pre-arranged with God to have a break from my lenten observances (fasting on wednesdays and not eating fried foods and sweets) during our trip to england. i said this to be funny, knowing full well that God could care less what i did or did not eat during lent. so i ate fish n' chips without guilt, and enjoyed desserts and cokes without a second thought. truthfully, eating and drinking junk food when i wanted to did not make me feel any closer or further away from God.

on holiday or not, i am always mindful of Christ's sacrifice during the season of lent. for those of you unaware of what lent is, it's a forty-day observance, meant to prepare Christians to celebrate easter (april 8 this year). originally lent was a three-year cycle for new converts to the faith preparing for baptism. over time the length of the season was reduced to 40 days (not including sundays) to reflect Jesus' time of temptation in the wilderness. 40 days or 40 years are popular time periods throughout the bible.

every year i, along with millions of other Christians worldwide, choose to "give up" things that i love, or "take on" things i should do, like bible study. these things are thought to bring me closer to God and deepen my understanding of Jesus' suffering. a few years ago i realized how silly this was: how could skipping chocolate for six weeks really remind me of the cross? doesn't that actually trivialize Jesus' sacrifice? thinking that every year, i still gave up those things. my experience in britain, however, has pulled me 100% to the other side. so the other night i enjoyed a few mcvittie's digestives while watching 24 (i would never, ever give up jack bauer for lent!).

fasting during lent is a powerful way to connect to God, as i have said many times before. i am fasting today, and will do so again next week on good friday. not eating at all-- or even skipping a meal or two-- one day a week certainly is not trivial, and, i believe, will bring us closer to Christ during lent. much closer than skipping sweets.

we should not think of lenten practices-- whatever they are-- as emulating Jesus on the cross. nothing that is not life threatening could ever do that, and remember his sacrifice was not just for you or me, but for all of humanity for all time. Jesus certainly did not overindulge himself on easter morning as many of us would-- our first chance to eat candy or whatever else in six weeks. he just had a simple breakfast with his disciples on the seashore. but was the fish fried?
Email Post