The Greatness of Rahab 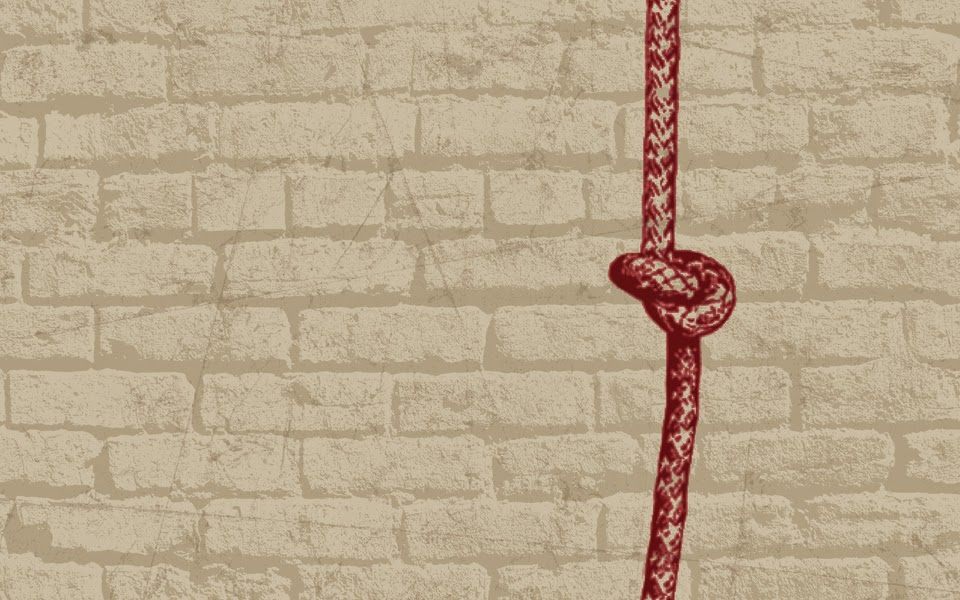 Today I was invited to substitute for Tim Pullen at the Men's Bible study. We recently began a new study of the Book of Joshua. Today's topic fell to Chapter 2, the visit to the house of Rahab by Israelite spies sent to Jericho by their leader, Joshua. Time and time again, in the Bible and in countless commentaries, Rahab is known as "the prostitute." But few question why she was a prostitute. We know from Joshua 2 that she had a profound concern for her family. She also had an uncanny foreknowledge of God's coming actions (in the Church we call this God's providence). The Israelite spies promise no harm will come to her parents, siblings, and extended family as long as they remain inside the home. She is to identify her home with a scarlet rope tied around the window frame-- an allusion to the Passover in Exodus, where Israelite homes were protected by the blood on the doorposts.
Looking further into her story I learned more about the practice of debt slavery. It is possible she became a prostitute in order to pay a hardship loan her family incurred for any number of reasons (healthcare, bills, etc.). She was a prostitute because she was poor and this was her best option to ensure her family's survival. What follows are notes I downloaded and shared with the men in the class about the realities of debt slavery and human trafficking around the world-- our world today, not Rahab's world of 3000 years ago or so. "GBCS" stands for the United Methodist Church's General Board of Church and Society. At the end of the notes is a litany for the victims of human trafficking.
Human Trafficking
Human trafficking is a violation of human and civil rights that enslaves thousands of people across the globe.  The United States’ Trafficking Victims Protection Act defines “severe forms of trafficking in persons” as
In 2012, the International Labor Organization (ILO) estimated that there could be 20.9 million victims worldwide in what the State Department defines as human trafficking.  In 2011, only 42,291 victims of human trafficking were identified worldwide. The ILO also estimated that women and girls make up 55% of forced labor victims, and 98% of sex trafficking victims.(Trafficking in Persons Report June 2012, U.S. Department of State)

Biblical and Theological Context:
“Again I looked and saw all the oppression that was taking place under the sun; I saw the tears of the oppressed - and they have no comforter; power was on the side of their oppressors - and they have no comforter.” - Ecclesiastes 4:1 NIV“Now the Lord is the Spirit, and where the Spirit of the Lord is, there is freedom.”  - 2 Corinthians 3:17 NRSVAs United Methodists, we proclaim faith in the God of freedom and condemn slavery as wrong and incompatible with Christ’s teachings.  We recognize that we are called to follow Christ in proclaiming release to the captives and setting the oppressed free (Luke 4:16-19).  We affirm that each person is of equal value in the sight of God and will work to create communities in which each person’s value is recognized, maintained, and strengthened. We affirm God’s abundant grace for everyone and strive to embody this grace toward all involved, both those trafficked and those who are trafficking.
What GBCS is Doing:
Grassroots organizing in seven Annual Conferences across the nation to empower local communities to engage the issue of human trafficking in their areas. Participating in the U.N. Commission on the Status and Role of Women. Board members and staff have studied the issue of human trafficking at the annual meetings of this U.N. body. Support has been given to statements from various countries, including the U.S., that speak to the human trafficking issue.Endorsing and promoting the "Rescue and Restore" initiative of the U.S. Department of Health and Human Services. This program rescues people who are brought into the United States illegally as victims of human trafficking and then restores them to new life through the provision of a multitude of social services.Free, downloadable resource, perfect for bulletin inserts, study discussions: Faith & Facts Card: Human Trafficking

A Litany for the Victims of Human Trafficking and Child Exploitation

Let us pray for all victims of human trafficking and child exploitation, for those who enable their redemption and recovery, for those who oppress them, and for ourselves, saying,
Lord in your mercy, hear our prayer.

We pray for every person enslaved by human trafficking and child exploitation, that they will be delivered from their captivity.
Lord in your mercy, hear our prayer.

We pray for survivors, that they may be physically, spiritually, and emotionally whole.
Lord in your mercy, hear our prayer.

We pray for people throughout the world who fight against human trafficking, including those who care for victims, those who educate others, and those who enforce laws against trafficking. We pray for their safety and wellbeing.
Lord in your mercy, hear our prayer.

We pray for all children, youth and adults who are targets of abusers and human traffickers. We pray for their protection.
Lord in your mercy, hear our prayer.

We pray for the church, that we may become better informed about human trafficking and the exploitation of children so that we might respond compassionately and decisively on behalf of those in need.
Lord in your mercy, hear our prayer.

God of justice and mercy, look with compassion on the victims of human trafficking and child exploitation. Give us courage and wisdom to face this injustice so that we are not overwhelmed by the suffering in our midst, but assured of your presence in all we do. We ask our prayer in the name of The One who knew suffering in his own body. Amen.