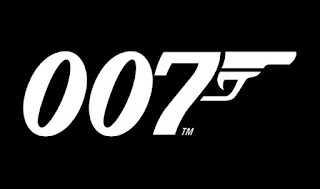 We had a pretty great weekend at La Casa Drenner. Celebrating Christy's victory over the CPA exams Friday night we enjoyed dinner at Roma's, our favorite family pizza joint in Dallas (we were going to watch SMU play Temple but the rain washed us out). Saturday we journeyed to Alamo to watch The Peanuts Movie with the boyos (it's great!). Then we dumped them at home and went out for a date night: dinner at her favorite place, Whiskey Cake, followed by the new James Bond movie, Spectre.

I've been very excited about this movie for several reasons:


But the Bond team did not bring their best game this in 2015. It's an ancient sports cliche to "leave your best on the field," and the Bond crew did that with Skyfall. Spectre feels like leftovers-- not just the delicious lasagna from the night before, but when one person in the family eats X and another Y and another Z, etc. It's pieced and thrown together-- and the result is sloppy and boring.

The reviews for Spectre are lukewarm on the Tomatometer: 63% on the critics score, 70% from moviegoers. Similarly, on imdb.com Spectre scored a 7.3; Skyfall, on the other hand, scored 7.8. A few weeks ago our James (13) asked whether I liked the Bond franchise or Mission Impossible more. I said Bond just because I've watched them all of my life. This year's Rogue Nation scored a 7.6.

My biggest problem with Spectre was that it tried too hard to wrap everything up with a giant red ribbon. The previous villains from recent movies are now conveniently tied to a previously unknown (at least in this generation) global terrorist organization called Spectre. It's led by a previously unknown man who has coordinated the events of the previous films. A guy the young James Bond grew up with-- whose father raised James after his parents died??? Turns out the rights to the names Spectre and Blofeld were not resolved until a couple of years ago, allowing them to be pushed into this film. To waste an actor the quality of Waltz on this sort of role-- he's maybe on screen for ten minutes out of 2 1/2 hours-- is a major disappointment.

It's an entertaining movie; it has already made tons of cash, and we'll hear glowing (financial) reviews this week. If you see it, odds are good you will like it. I did, but only in parts. Skyfall would have been a better stepping away point for Daniel Craig, assuming he walks away per the rumors. Now that Bond is back to being a major revenue making machine, it'll be interesting to see who dons the tuxedo next. As a fan of The Wire, my vote is for Idris!

Spoilers below
I had several questions/reactions during the movie:
Oy. It's these kind of annoying tidbits that make Spectre a letdown. Again, if you are looking for a popcorn chomping, check out of the world for 2 1/2 hours movie, go for it. But after the brilliance of Skyfall I expected so much more than that.
Email Post