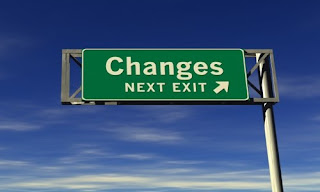 I have been appointed to be the new senior pastor at Grace UMC in Sherman, Texas, effective July 1. This is a return to Grayson County for our family. We were appointed to Trinity UMC in Denison in 2003 when James was one; when we left he was two and Christy was pregnant with Miles. Our family has changed since then! Having served on the former Sherman/McKinney District, I was familiar, and impressed with, Grace's mission and community. It's a very good church. Added bonus: some of our closest friends, Rev Chris and Whitney Dowd, serve at First UMC Sherman.

We have enjoyed our ministry at Custer Road very much. I came here after having served eleven years as a lead pastor in several churches. I asked for a move from my previous church so our kids could have greater opportunities. They have enjoyed everything Custer Road has offered! Working alongside Kory and the other pastors has been a great privilege. Serving as a member of the Custer Road staff as a whole has been incredible. I don't know how many times over the last three years I have tweeted, "I work with amazing people," but it's true. I am grateful. I actually went through my tweet history to find these posts as examples:

Thankful for the love and support from youth and parents for @evanjones78 @jenniferlove211 and @kendallneeley . I serve with amazing people.
— Frank Drenner III (@revfrankdrenner) December 10, 2015

I serve alongside some amazing folk @CusterRoadUMC- too many to name in 140 characters. Wishing you the happiest & merriest of Christmases!
— Frank Drenner III (@revfrankdrenner) December 25, 2014


I would invite you to pray for our family as we face another season of transition. The entire Sherman High School, where James will be a freshman, is roughly the same size as the freshman class alone at Allen High. Miles will enter sixth grade, so he'll attend youth and confirmation classes next year at Grace- and he'll miss Troop 221, which he just recently joined. Linus will be a fourth grader, but in Sherman the elementary schools only go through fourth (fifth and sixth are intermediate), so he'll be king of his school for a year.
Our last Sunday at Custer Road will be June 5, and our first Sunday at Grace will be July 3.
Email Post