Many years ago I was driving south on I-45, somewhere close to Huntsville. I was on my way to Bay City to visit family. News had just come down that I would be leaving one appointment, which had been a very difficult assignment, to go to a new church. As I was driving, Gladys Knight and the Pips began to sing on the radio:

And I was singing along with a smile on my face and tears of joy running down my cheeks. There was going to be a change. A broken relationship was ending, and a new one was beginning. 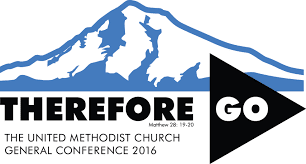 I remember that song this morning as I consider the possibility of my home denomination facing a similar decision. The General Conference of the United Methodist Church, the only body with authority to speak on behalf of United Methodists everywhere, began meeting in Portland, OR last week. Everyone knew going in that the question of human sexuality, which has plagued mainline denominations for the past couple of decades, would, once again, threaten to split the church. I, for one, believed the General Conference was too dysfunctional even to decide to split, which may still be the case. Late yesterday the GC formally asked the bishops of the UMC, who do not have authority to decide for the UMC, to take the lead in offering a solution or at least a path forward. We'll see if anything is presented today, or what, if any, actions are taken by the GC before the meeting ends Friday.

For years now, folk on both sides of the issues of human sexuality have sought separation from each other. Progressives believe LGBTQ persons should have full inclusion within the church, including marriage and ordination. Conservatives believe the stance of the Book of Discipline should be enforced when bishops or pastors preside at same-sex marriages or "come out of the closet" themselves. Presbyterians and Episcopalians have fought similar battles in recent years, and both came to the same conclusion: it was time for a divorce. Now, it seems, the United Methodist Church may be headed down the same path.

And I am grieving.

I have my own personal views on the issues of human sexuality, which I have articulated on this blog and in sermons over the years. What I am struggling with today is leaving voices who disagree with mine. I am not overly excited about being part of a denomination where everyone agrees. Opportunities to learn from folk from a differing perspective will be lost.

Throughout its history, Methodism has divided itself over issues of doctrine, theology, or just plain ol' human sin, like racism. Ironically just a couple of days ago the General Conference recognized the 200th anniversary of the birth of the AME church, formed by Richard Allen. Allen started a new church for African Americans when it became clear that racism was preventing a path forward. In 1844, the Methodist Episcopal denomination split over the issue of slavery, becoming the Methodist Episcopal Church of the North/South. This is why SMU, established in 1911, is called Southern Methodist University. Those two divided Methodist groups unified in 1939 to become the Methodist Church, but at the same time the Central Jurisdiction was formed, forcing all African Americans in the Methodist Church into their own segregated denomination. The Central Jurisdiction was abolished in 1968, when the Methodists merged with the Evangelical United Brethren, forming the United Methodist denomination of today. 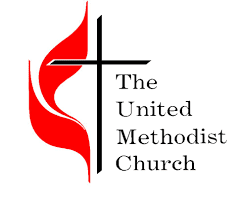 The United Methodist Church was born in 1968. I was born in 1971. This is the only church I have ever known. This month is the 15th anniversary of my ordination as a clergy in the United Methodist Church. And nobody seems to know what will happen from here. I may be grieving a split that may not even happen, but it sure seems like that is where we are heading, at least today. I had this thought this morning, and it may explain my grief: I have never experienced divorce. My grandparents have been married seventy-one years. My parents have been married forty-six years. Christy and I will celebrate our 20th anniversary in 2017.

I fully understand the hurt that so many are feeling. Our denomination's stances on human sexuality are at odds with the general public's opinion. Even among conservatives, opinions about same-sex marriage have changed at an unprecedented pace. We are at this untenable position where same-sex marriage is the law of the land, but United Methodist pastors are forbidden to preside at a wedding. The Book of Discipline both affirms gay and lesbians as "persons of sacred worth" and homosexuality as "incompatible with Christian teaching." Progressives believe our stances on human sexuality violate one of our core principles: do no harm; conservatives believe those on the other side of the issue challenge the authority of scripture. So many on both sides have decided the only way forward is divorce on the basis of irreconcilable differences.

Personally I hope there is still a unified path forward, and I think a solution may be found, once again, by looking into our Methodist history. This year is the 60th anniversary of the ordination of women in the Methodist Church. In 1956 there were certainly folk on both sides of this issue: not ordaining women denies that God is able to call both men and women to the clergy; ordaining women violates scriptures that offer very specific roles for women in the church. But somehow the decision was made at the 1956 General Conference to ordain women and continue as a denomination. Who were those leaders? What can we learn from them today?

Here is an undeniable truth: God loves the Church, not a particular denomination. The Methodists were formed in the eighteenth century as an evangelical movement for reform. "Evangelical" not in the sense of conservative, as it is often understood today, but in the sense of literally taking the gospel to folk outside of the church. Methodism was meant to renew the witness of the church, not become one, and maybe that is why we have struggled with so many divisions over the past 300 years. Here's the thing: both sides of the Presbyterians and Episcopalians, divided over issues of human sexuality, are still declining. My prayer is that even if the denomination has to end we'll rediscover our primary purpose and core mission, to spread the gospel to more people, most of whom have no idea what the United Methodist Church is or was or may be. Take us out, Gladys: