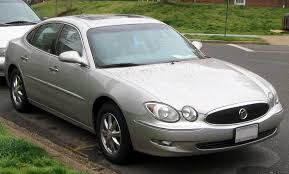 Last weekend our family was in Bay City to visit family. On Saturday Mom took her six grandsons to the Children's Museum. My wife Christy and I decided to squeeze in a quick coffee break with our free time. When we were finished, I went to the car to pick her up and it wouldn't start. Great. Frustrating. We've been having issues with her car for the last few weeks, and thought they were resolved. But here we were, stranded. So I walked to the museum, borrowed Mom's car, dropped Christy off at the museum, and ran some errands. I ran into my Aunt Pam and brother in law Jessie and told them about the car. Then I went to get Dad to help me jump the car's battery. By the time we arrived at the car, Christy was there, joined by Pam and Jessie. All five of us took turns trying to fix the thing, to no avail. We even called Uncle Danny to hear his thoughts. No luck.

Ultimately we decided to leave Christy's car in Bay City to be repaired, and my grandfather lent us his car. Papaw's Buick isn't used very often, but he likes to have it in case of an emergency. He also wants others to use his car and gas when they take him to the doctor. So we loaded up our boys in the backseat, all three across. They were not very excited or comfortable, being used to riding in their own seats in a large SUV. Six hours and 385 miles later, we were safely home. Now we wait to hear from the garage. Everyone is hoping to get our car back soon!

This little frustrating episode speaks to me about the importance of family, or in a larger sense, community. Faced with the car that would not start, several people had to adjust their routines-- and others just stepped in to help, because that is what family does. But how do you define family? On one level family functions as it did in this story-- all the characters are related to each other by ancestry or relationship. Of course we look out for each other. But what about those who have no family? Or those whose families are dysfunctional? Who looks out for them?

Jesus once ate at the home of a Pharisee, and as he examined the dinner guests he said to the host: “When you give a luncheon or dinner, do not invite your friends, your brothers or sisters, your relatives, or your rich neighbors; if you do, they may invite you back and so you will be repaid. But when you give a banquet, invite the poor, the crippled, the lame, the blind, and you will be blessed. Although they cannot repay you, you will be repaid at the resurrection of the righteous” (Luke 14:12-14). Next he told a parable about a man hosting a wonderful dinner for his family and friends-- but no one showed up. He sent his servants out into the community to invite others to his table. Family stretches to those beyond the regular circle to include those on the outside-- the poor, the outcast, the invisible. Christ calls his followers to have eyes and hearts for those others do not see or love. We consider them part of the family, because every person is made in the image of God. As a Christ follower, how can you expand your circle of family to include others-- especially those who could never pay you back? What can you offer to help someone else-- giving particular attention to those different from you? Serving others blesses them with food or clothing, whatever their need is, and we in turn receive blessings-- not from those served, but from God.

This weekend at Mom's house we had a small birthday party for my son Linus. She has an antique table that is expandable-- you can extend it to include more people. What a great metaphor for what Jesus is trying to teach us! Extending our tables is an act of hospitality. When our car broke down, my family responded with offers of hospitality: Papaw loaned us his car; others gave rides or called experts for advice. Let's learn from that example, but also be challenged by Jesus to broaden our definition of family to include more and more people in need. Give and receive many blessings by extending your table through the ministry of hospitality!
Email Post