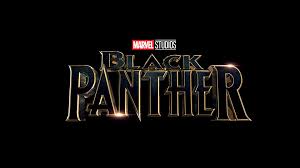 Christy and I took our boyos, and a couple of Miles' buddies, to see Black Panther Sunday afternoon for his 13th birthday party. Just about everyone knows I grew up, and continue to be, a rabid Star Wars fan. So much that I never had time/energy/interest for anything else, including comics. So beyond Captain America: Civil War a couple of years ago my knowledge of this character was nil. I loved Civil War, but what made it brilliant for me was Black Panther. So when the movie was announced, including a nearly all-black cast and director, I could not wait. Walking out of the cinema, I had this reaction:


And let me add a side note to the Alamo Drafthouse: I always enjoy their signature pre-screening show, as opposed to most cinemas who make you sit through commercials, bad music, or boring trivia. For Black Panther it was outstanding.

First of all, let me say: Black Panther is more than:

I need to see it more than once to write a proper review. But I'm not sure I want or need to write anything else. The spectacle and the emotion of the experience was overwhelming. Wakanda, the fictional African nation where the film takes place, is strikingly gorgeous. The action set pieces are brilliant. When armies fight on large landscapes or cars chase one another through the streets of South Korea, it's a fun experience. But that's traditional blockbuster movie type stuff. What makes Black Panther transcendent is when it jumps off those well-established rails to fully embrace its historical, societal, and familial messages.

Here is a link to a great think-piece about the movie-- one very good example of the kind of conversations Black Panther inspires:

There is a fundamental dissonance in the term “African-American,” two feuding ancestries conjoined by a hyphen. That dissonance is the subject of Ryan Coogler’s movie “Black Panther.” https://t.co/FT78RL6pAy
— The New Yorker (@NewYorker) February 18, 2018

There were several moments, probably ten or more, when I nearly broke down, weeping. Here are a few of them (no spoilers here):
Why were these moments and others nearly weeping and not full-on water works? Probably because I didn't want to miss anything! And if you're dismissing these thoughts as snowflake/emotional/over-sensitive/PC/Just enjoy the movie and ignore its broader messaging/pretending to be woke/etc, get over yourself. As I said, Black Panther is more.

I kept thinking back to the words of Vicki Washington-Nance, a lay woman of St Luke "Community" UMC in Dallas, with whom I served on our Conference's anti-racism team many years ago. We were talking about the dangers of multi-culturalism, a tenet of which is the impulse to not see persons of color as they are. Vicki wanted everyone to see her as she is! Through these nearly tear-filled eyes I saw Black Panther as it is. You should too.

Congratulations to director Ryan Coogler, the cast and crew, the studio, and everyone else. What an achievement. Ten months early, here is a preview of my Best of 2018 list: