“I’m going fishing,” Peter said. “Count me in,” the others said.


Many of Jesus’ first disciples were fishermen, so going back to that life may have been appealing. They had been through so much...maybe going back to where life was predictable, where there was a supportive community, you could be around familiar people instead of strangers bringing their problems to you every day… Maybe that was what drew Peter and the others to the Sea of Galilee?


Here’s how it all went down. On Easter morning, Mary went to the tomb of Jesus, only to find it empty. She told Peter and another disciple. Those two ran to the tomb and found it as Mary described. In the funeral garden, a man approached Mary and began to speak to her. She realized it was Jesus. She told the others. They didn’t believe her--so Jesus showed up to them. But one of the group, Thomas, was absent. Thomas refused to believe the disciples' account of this appearance, just as the disciples disbelieved Mary's. This set up Jesus' second visit to the disciples, this time specifically seeking out Thomas. Thomas responded with the first Christian affirmation of faith: "My Lord and my God!" (John 20:28).


The resurrected Jesus appeared to the disciples in bodily form multiple times in Chapter 20 of the Gospel of John. these appearances were filled with confusion, joy, renewed passion, healing and recovery. In John’s understanding there is no difference between Easter and Pentecost. Jesus doesn’t hang around for forty days, anticipate the coming of the Holy Spirit, and tell the disciples to wait for further instruction. If he had done that, I would understand the desire to go fishing-- how else will they pass the time? But no. Jesus appears to them, shows them his wounds-- this is all of them, not just Thomas, and then he breathes on them, saying, “Receive the Holy Spirit. As the Father sent me, so I send you.” And he vanished from their sight.


Then, in Chapter 21, Peter, who has seen that Jesus is alive not once but twice, declares, "I'm going fishing." Several other disciples make the trip to the Sea of Galilee as well.


Before Easter we placed posters around the building with our special Easter logo and theme. The headline on the poster was, "Experience the resurrection that changes everything." Umm, what exactly has the resurrection changed in the lives of these disciples? Fishing? They were fishermen before Jesus called them to be followers. Didn't Jesus call you out of that life? Why are you going back to it? It would be sort of like in my story: I was a history teacher before I went to seminary to pursue ordination. But God called me out of that life and into this one, so I moved to Dallas, began studying… and then, after my ordination, after the bishop laid hands on me and said, “Take thou the authority as an Elder in the church…” After that I said, “I’m going back to the classroom.” Teaching is great, but it’s not what I was called to do. It’s not how the resurrection changed me. Fishing is great, but it’s not what Peter and the others were called to do. It’s not how the resurrection changed them. 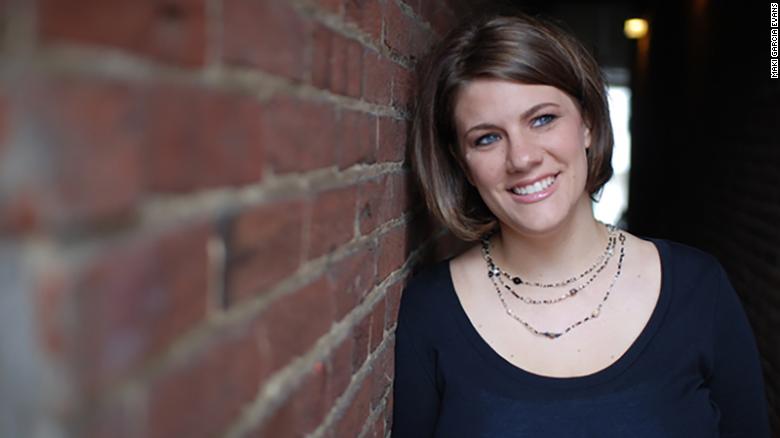 Yesterday the Church lost one of its greatest voices, Rachel Held Evans. Rachel was 37, married, the mother of two small children. She contracted the flu, some kind of virus went to her brain, she was in a medically induced coma for a couple of months, but couldn’t come back from it. She was a Christian writer and leader from Tennessee. She had a tremendous online following and was the author of several books. I heard her speak once at a Christian writer’s conference at Princeton. She was kind and humble and inspiring. Rachel grew up in the evangelical tradition, where she was taught women were not allowed leadership in the church, that the Christian life was about pursuing purity and avoiding God’s judgment.


But she was called out of that tradition and into a theology that was more inclusive of women, gay and lesbian people, pursued social justice, etc. so she left the tradition in which she was raised. But she didn’t abandon it. She started a blog, had open conversations with tons of people on social media. She would champion the causes of justice and defend herself when the trolls tried to shut her up. She created a space where people who also felt excluded from the Church could find a home. She never pursued ordination or attended seminary, and maybe the lack of those credentials fueled her opposition-- but probably not; they wouldn’t have recognized its authority anyway. She wrote several outstanding books, which I would recommend. Maybe when our small group ministry starts up again after the summer we could discuss one of her books.


Here’s the thing about Rachel: she didn’t go fishing. The resurrected Jesus called Rachel out of her previous life and into a totally different one. And she didn’t head to the sea at her first opportunity. She started writing and reaching people for Christ. Now, maybe you are not called to ordination or writing books-- maybe you are and just haven’t realized it yet--but God has called you to something. The resurrection of Jesus changed everything in the universe, including you--and there is no time for fishing. If you'd like to support Rachel's family dealing with enormous healthcare costs, click here: https://www.gofundme.com/supporting-rachel-held-evans


So they’re out in the boat, all night, and they’ve caught nothing. If they went out there for fun, I promise they had none. If they went there for food or to sell fish, then they’ll still be hungry with no income in the morning. So they’re packing up, and they hear a voice from the shore. The sun is rising and they can’t make out who the person is, but they hear his taunting voice: “Haven’t caught anything, have you?” “No,” the murmur. “Drop your net off the side and you’ll find something,” the know-it-all stranger says. But they do it, and the catch is so large it can’t be hauled into the boat. One of the disciples says, “It’s the Lord!” And Peter jumps into the water, swims to the shore, to find Jesus cooking fish. He invites them to bring some of their catch to the feast.


I don’t know why Peter and the others went fishing. Whatever drew them there, Jesus will not leave them there. They have work to do. The resurrection changed them. The Holy Spirit inspired them. They were given a commission and a mission. Jesus shows up one last time to say: Now it’s time to go. And this is for us too. We’ve experienced the resurrection that changed everything. We’ve been raised with Christ. Now it’s time to use the gifts we have to build the kingdom. When Jesus first sent the disciples out in ministry, he said, “‘The harvest is plentiful, but the labourers are few; therefore ask the Lord of the harvest to send out labourers into his harvest. Go on your way. See, I am sending you out like lambs into the midst of wolves. Carry no purse, no bag, no sandals; and greet no one on the road. Whatever house you enter, first say, “Peace to this house!” And if anyone is there who shares in peace, your peace will rest on that person; but if not, it will return to you. Remain in the same house, eating and drinking whatever they provide, for the labourer deserves to be paid. Do not move about from house to house. Whenever you enter a town and its people welcome you, eat what is set before you; cure the sick who are there, and say to them, “The kingdom of God has come near to you.’”