Then I saw a new heaven and a new earth; for the first heaven and the first earth had passed away, and the sea was no more. And I saw the holy city, the new Jerusalem, coming down out of heaven from God, prepared as a bride adorned for her husband. And I heard a loud voice from the throne saying,

‘See, the home of God is among mortals.

He will dwell with them;

they will be his peoples,

and God himself will be with them;

he will wipe every tear from their eyes.

Death will be no more;

mourning and crying and pain will be no more,

for the first things have passed away.’

And the one who was seated on the throne said, ‘See, I am making all things new.’ Also he said, ‘Write this, for these words are trustworthy and true.’ Then he said to me, ‘It is done! I am the Alpha and the Omega, the beginning and the end. To the thirsty I will give water as a gift from the spring of the water of life. Those who conquer will inherit these things, and I will be their God and they will be my children.

When I arrived at Grace UMC four and a half years ago, I was surprised to see that Rev Van and Pat Lazaroff worshipped here. Van and Pat were recently retired from full time ministry and had settled at Grace UMC for their permanent worship congregation. Pat said she didn’t have a say where they could worship during Van’s ministry, so she was going to decide now that she had that power! I am so glad they-- she-- chose us. Van Lazaroff took me to lunch shortly after I started here. I told him I was hopeful Grace could take on a capital campaign sometime soon to make some improvements; it would be my first and I would need advice! He offered his help if needed, and said that every one of his churches had a campaign at some point during his ministry. Wow! Well, our capital campaign happened last year and we’re hopeful to begin construction next year. Van and I were colleagues for two decades, but he wanted to offer me any support he could. Van was known for this gift. He was a mentor and source of wisdom for countless pastors. In fact, Rev Tim Marks, pastor at Calvary UMC in Paris, posted on Facebook recently that Pat had given him one of Van’s clergy robes. He’s wearing it today in remembrance of Van’s ministry. 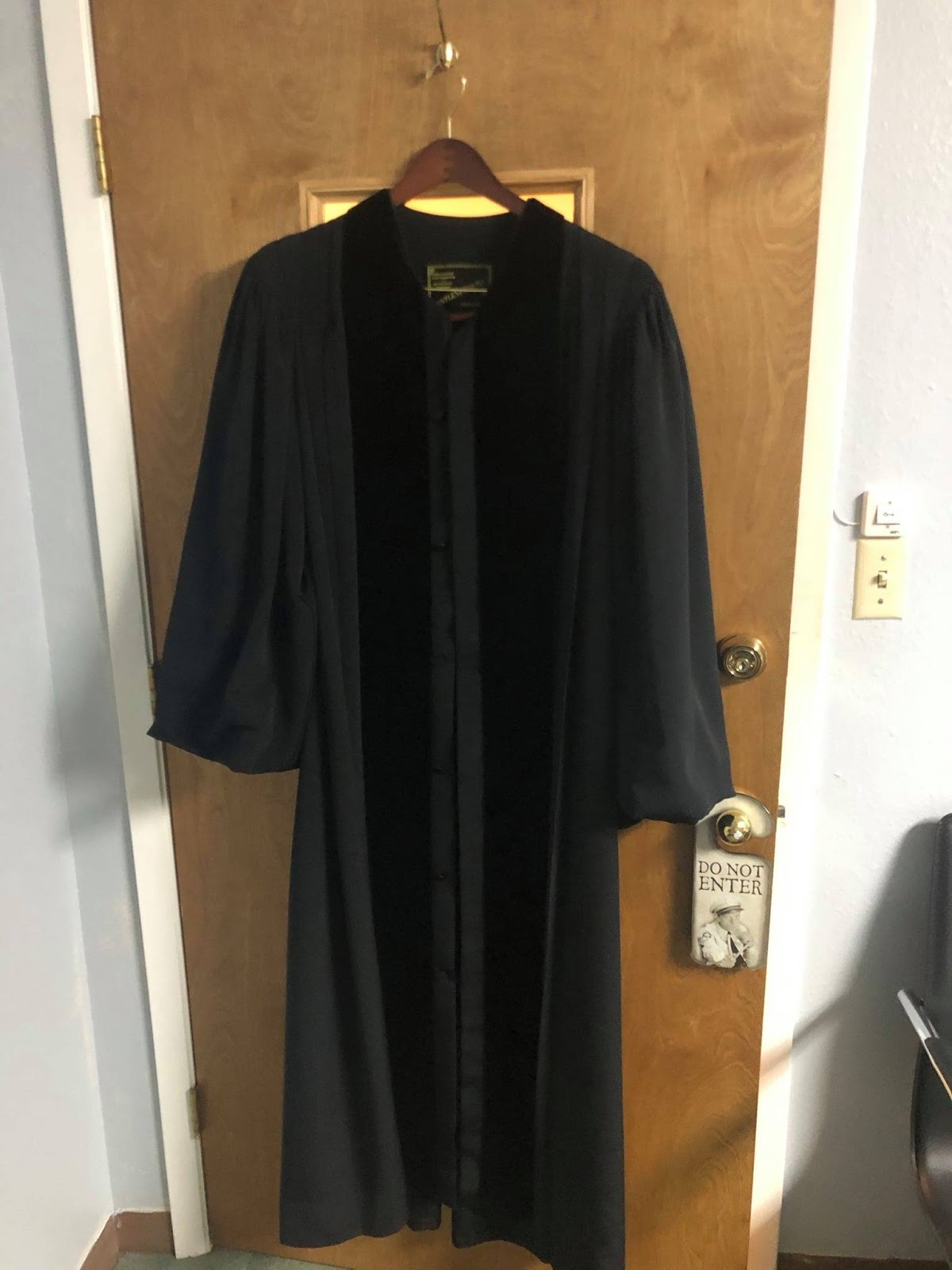 Each of the names we’ll read on this All Saints Sunday left a legacy. Some were known to us all, members of our congregation who  left a legacy of service and commitment. Some were known only as family to members of our congregation, but those memories continue to be a blessing even as the pain of their death still lingers. What is the legacy you are building today that will be remembered long after your earthly life has ended?

The faithful Christians of John the Apostle’s day were memorialized in the crazy, visionary book of Revelation. I hope each of us has had a glimpse of God’s presence and glory through our eight week series on this extraordinary book. The saints of the church, including our own Grace saints, surround the throne with their endless singing and worship. A multitude too many to count, with additions every year. One of that multitude is Rev Andraé Crouch (died January 8, 2015). Rev Michael Hawn wrote this about him:

“Few have had such a sustained level of accomplishment and recognition in gospel music — seven Grammys, six Dove awards, an Oscar nomination, induction into the Gospel Music Hall of Fame in 1998, and much more. He was awarded a star on the Hollywood Walk of Fame in 2004. Andraé Crouch’s career also extended beyond the gospel song field. He received an Academy Award nomination for his compositions and arrangements for the film The Color Purple (1985). He was the arranger and choral conductor for The Lion King (1994). He worked with artists such as Diana Ross and Ringo Starr. He sang background with Madonna and arranged songs for Michael Jackson. Elvis Presley, Paul Simon, and Madonna recorded his songs. The influence of Soon and very soon is evident in the 28 hymnals in which it appears since its 1978 composition.”

We're going to see the king

[And the bridge of the song says this:]

Should there be any rivers we must cross

Should there be any mountains we must climb

God will supply all the strength that we need

Give us strength till we reach the other side.

What rivers and mountains we must face during our lives is known to God alone. What we know is that God will strengthen us and guide us through them. On the other side, we will be (re)united with the faithful around God’s throne. Throughout the Revelation sermon series, our theme was “In God’s Time,” symbolized by an hourglass: 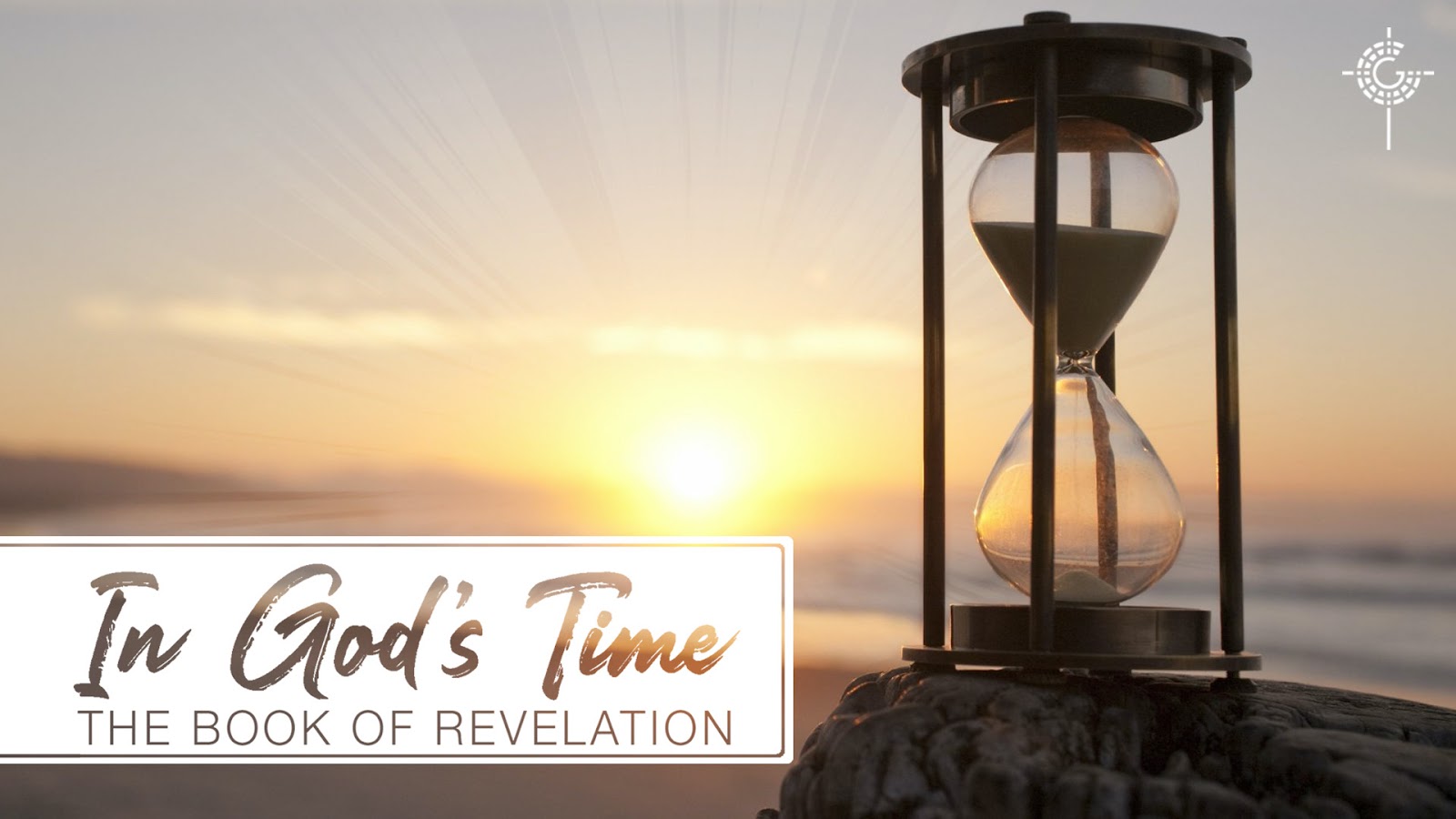 Our lives belong to God, who gave us birth, who named us at our baptism, and who gave us faith in our Savior Jesus Christ. We say in one of our prayers at funerals: “Before h/she was ours, h/she is yours.” The hourglass marks time, but the time of our lives is known only to God. Soon and very soon, each of us will make that journey. In God’s time.

The other night I was driving to pick up dinner for the family, and I noticed the marquee letters of one of the stores was sort of messed up. I took a picture: 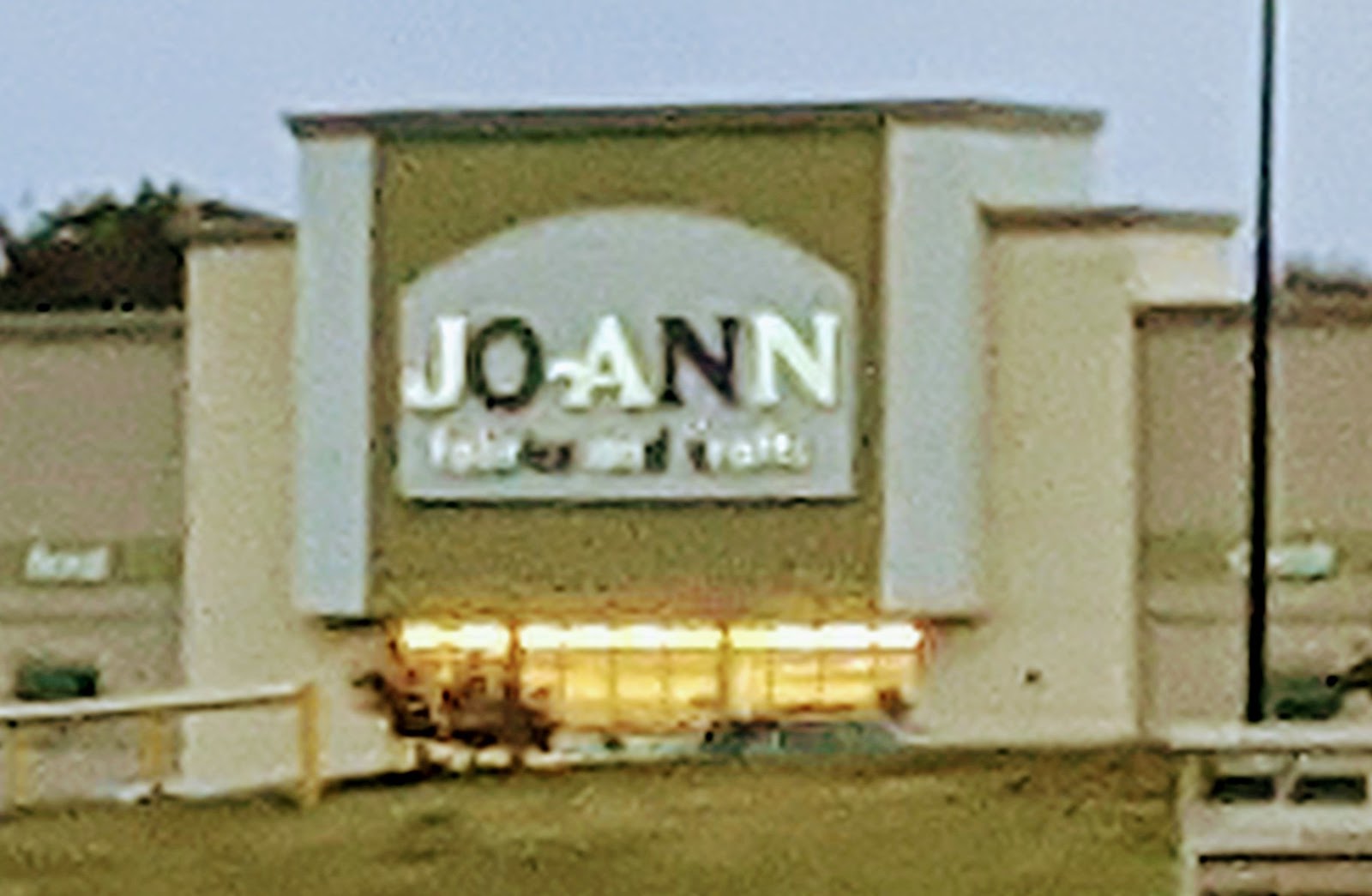 Only the J-A-N were visible. So naturally I sent it on to Jan Sutter, saying her name was finally in lights the way she deserved! One day our names will be shared publicly as well. Maybe not in lights for everyone to see, but at a minimum within our worshipping congregation, and certainly in God’s presence with all the saints around the throne of glory. May we all live our lives in such a way that our legacy is celebrated and remembered as a witness to our Christian faith! On this All Saints Day, we give thanks for the lives of the great cloud of witnesses, from the early apostles to the martyrs to our own teachers, preachers, friends, and family. In the name of the Father, the Son, and the Holy Spirit, Amen. Let us pray...

your saints are one with you

in the mystical body of Christ:

in all virtue and holiness

until we come to those inexpressible joys

which you have prepared for those

who truly love you;

there is a new heaven,

and a new city,

where the river of life flows,

where the tree of life bears fruit in every season.

are a vision of your life

Thanks be to God!