Last Thursday was a social media lowpoint for me. News broke about a United Methodist pastor who was defrocked after presiding at his son's wedding (the son is gay, and United Methodist pastors are forbidden from participating in such weddings). On the same day, the cable TV network A&E suspended one of the cast members of Duck Dynasty for inappropriate comments in an interview with GQ magazine.(I'm guessing his picture used to go in the empty space between the others.) Both of these announcements caused Facebook and Twitter to explode with all kinds of angry posts. I wanted to run and hide.

Just this morning I received an email from parishioners resigning their membership in our church because of the denomination's stance on homosexuality. The wedding defrocking was the catalyst, although they admitted that they had not been active members for some time. Since this whole episode has unfolded this Fall, my heart has ached for everyone involved. It's been the reactions-- on either side of the argument-- that have left me exhausted.

And the Duck Dynasty thing has people absolutely losing it. Some defended his freedom of speech; others decried his stances. I have never watched the show, so I can't say much about the actual production, although recent Forbes recently valued the empire at $400 million, so suspended or not the family's doing well. I had all kinds of skeptical questions about the nature of so-called "reality" shows pop into my head (timing, audience manipulation, etc.)-- the article appears in the January issue of GQ, and the show's next season debuts January 15. Let's lay those aside for now.

I chose to refrain from participating in the online vitriol, and I hope this post will be read in that same refrain. What pushed me to the point of retreat was for all the wrangling and hurtful posts to come out the week of Christmas, when our minds ought to be focused on peaceful, hopeful words. For some reason, and I have no idea why, Michael Jackson's Man in the Mirror has been in my mind for the last couple of weeks. I haven't heard it on the radio, and it's not included in my MJ iTunes collection, but listen to these words:

I'm starting with the man in the mirror;
I'm asking him to change his ways;
And no message could have been any clearer:
If you want to make the world a better place,
Take a look at yourself and make a... change

Facebook and Twitter are great, but sheesh, when we get wired up about things... look out. In the Church we traditionally think of Lent, the six weeks before Easter, as a time of spiritual preparation, and lots of folks stay away from social media during that time to stay clear of clutter of words. There is no reason Advent, the four weeks before Christmas, cannot have the same soul-cleaning preparation. But Advent ends tomorrow night. Here's the good news: Christmas is a twelve day season, not the 12 hours most of us, honestly, attribute to it. Could we mark those twelve days with a decision to use words to only lift up each other? Can we examine ourselves, look into our own mirrors, rather than throwing darts at others? 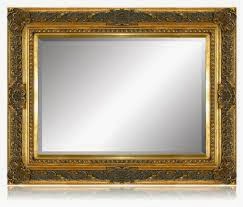 If we commit today to use holy words for the next two weeks, how much more alive will Christmas be for us? Maybe a push in the right direction are these words, which Christy and I included on our Christmas cards this year:

Long ago God spoke to our ancestors in many and various ways by the prophets, but in these last days he has spoken to us by a Son, whom he appointed heir of all things, through whom he also created the worlds. He is the reflection of God’s glory and the exact imprint of God’s very being, and he sustains all things by his powerful word. When he had made purification for sins, he sat down at the right hand of the Majesty on high, having become as much superior to angels as the name he has inherited is more excellent than theirs (Hebrews 1:1-4).

Notice the words "spoke" and "spoken" appear twice in the first verse. Whatever your positions on these two events of the last week, may your words this Christmas be ones that bring healing, peace, and joy. And may those blessings be yours this Christmas and New Year!