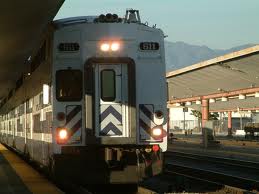 Here is the manuscript, a very rough draft, of my first sermon preached at Lectio, our new worship community at Custer Road.

It was a busy week in the Drenner household. The boys spent the week at Cousins Camp—my mom takes my three boys and my sister’s three boys for a week every year. The boys range from age 17 to seven and they have the best time together. Christy spent the week preparing for the CPA exam, which she’ll take over the summer before beginning a new job at an accounting firm in August. And I spent the week moving from this point to the next. Sunday and Monday many of us here today attended the North Texas Annual Conference. Later in the week I traveled to Princeton Theological Seminary for a Christian writer’s convocation, where I spent the remainder of the week. And if you follow me on social media you know I managed to squeeze in some fun side trips to Philadelphia, back to New York, and Pittsburgh. One night we had a free evening so I traveled back into NYC for a Mets game. It was a fun experience. I don’t know how many of you have tried to navigate the Subway at rush hour—it’s not something to be taken lightly—but it was the commute back to New Jersey that was so interesting. I want to tell you a little about the Midnight Train to Princeton.

In front of me is a young woman, mid-twenties. She wears hipster, thick black glasses. She has a short haircut. She exists the train at the Edison stop. Where does she go next? Home? Is she visiting parents or grandparents? Is she returning from a date in the city or from travel? The woman across from her, older and with long, curly black hair, also disembarks at Edison. Is she going home to her family? Across from me is a man about my age. His hair is grey, he wears a black pin stripe suit with a blue shirt and a purple time with black shoes. I notice the wedding band on his left hand. Is he really just now coming home from work? Will he go home, check on his kids who’ve gone to bed hours before, get six hours of sleep and then be right back here again at 7:00? Will he miss his kids again? Or does he wake them up early so they can kiss him goodbye? And what about the late 30s guy next to him? The guy in the Spider-man tshirt, with his carryon, obviously just returning from a trip. Where did he go? Was it business or pleasure? The ticket taker has passed by, punched it with his hole punch. He’s now in a different car. He’s working and riding the train at the same time. And then across from the others is a guy who just stares out the window, considering the post-industrial New Jersey as its empty, massive warehouses and factories stream by. He wears a grey tshirt and jeans and carries a New York Mets gift bag with a few surprises for his boys. His fellow travelers have no idea, but this man has been thinking about a 14-year-old African American young woman from his own “neck of the woods,” lying face first in the grass, an older, stronger Anglo police officer’s knee in her back. He considers his own children, the oldest of whom is nearly this young woman’s age. He has seen the outrage on social media and everywhere else, outrage from liberals and conservatives, outrage from within the young woman’s demographic and outrage from other demographics. That girl is very much on this train too. She’s headed in some unknown direction, her future suddenly set on a different course than it was a few days before. Likewise the police officer from McKinney—he is here too, wishing he had reacted differently but unable to change the past. Where is he headed tonight? What about his family and loved ones? And what about our national community as a whole? How can we live together with such hurt and distrust and sadness and anger? The midnight train to Princeton is a large train. There is a seat for every one of us. Even royalty. I mean future royalty. The youngest of twelve brothers, David awoke this morning thinking it would be the same as every other day. Sheep, teasing from older brothers, sheep, favors for older brothers, sheep. Until Samuel calls for him. Samuel! The leader of Israel (well, technically King Saul is the leader, but everyone still talks about Samuel as the guy who’s really in charge—the one who personally talks to God. What could Samuel possibly want with the kid David? When Samuel pulls out his horn, fills it with oil, and pours the oil over the kid’s head, everyone’s midnight train to Princeton just took an unexpected detour. David, the smallest, most insignificant of Jesse’s sons, maybe the smallest, most insignificant of all the boys of Bethlehem, is the one anointed future king of Israel. We all have our tickets. We ride together, and we ride alone. We look at each other, make assumptions about each other, judge each other. On this train anything is possible. God can break into people’s lives and mess them up at any moment. We’re all riding the midnight train to Princeton. Our stop comes, we disembark, and that group of individuals is never together again. We see each other only briefly, but our impressions linger. Lazy. Successful. Disappointed. Exploited. Victim. Oppressor. Antagonist. Only God is able to see the whole person—past, present, future. God will not always see David as the shepherd boy. One day he will become the greatest king to ever wear the crown. What potential does God see in you and me? How will who we are today change over time?

A common theme of this week’s lections is new beginnings. In Jesus’ parable a mustard seed, the smallest, most insignificant seed, grows into a large bush and shelters the birds. A child, the youngest, smallest child, grows to lead a nation and be a man after God’s own heart. The apostle teaches us a new creation is born within the one who believes in Christ—old things go away, and new things are born. And the psalmist rejoices in the folk who trust in the Lord, not those who trust in horses and chariots.

What are the horses and chariots of today? Well, this is the difficult part. Sure, we can teleport back to the psalmist’s day and speak of the Egyptian empire. They had chariots and horses, and God through them into the sea during the exodus. And yeah, God did that. But these aren’t those horses and chariots. An interesting thing happened on the other side of the Red Sea. Not long after Miriam led the children of Israel in singing, “horse and rider God has thrown into the sea” did the newly free Israelites begin wishing things were different. Give us fresh water, give us food, give us a golden god, give us our land, give us victory, give us a king. “A king?” Samuel asked. Don’t you know what a king will do? He’ll tax you. Give us a king. He’ll draft you. Give us a king. He’ll confiscate your property. Give us a king. He will take. He will take. He will take. And what do you suppose the king does with the tax revenue? He builds or buys chariots and horses. Like Pharaoh. But… the psalmist prays, one day we will no longer put our trust in military might. We will not determine our character based on stuff. While others trust in things, we will trust in the Lord. But when will that day be? Which stop on the Midnight train to Princeton is that?

In the church we seek to see and hear and touch and taste and smell as Jesus did. Sure, Christians ride the same train too—but we’re supposed to ride differently. We affirm that judgment belongs to God, not to us, so we grieve at the sight of injustice, rather than perpetuate or participate in the victimization of others. We do not buy in to the language of horses and chariots. And we do not see things in their infancy as though they have already fully realized their potential. Jesus begins the parable by telling us that God, not the farmer, is in charge of the harvest. The earth itself nourishes the seed. Only when the crop is ready does the farmer participate in the harvest. The mustard seed not only grows; it provides shelter to the birds.

As the midnight train to Princeton pulls into the final stop, a mechanical voice speaks over the air: “Please take your trash with you.” So as the train pulls in to the station, consider what you must get rid of—whatever behaviors, reactions, judgments your former self exhibited—and drop those in the wastebasket on your way out of the station. “When leaving the train please watch the gap,” or as the say in London, “Mind the gap.” Look out for those pitfalls that may cause you to stumble and fall. Embrace the new self, leave behind the former self, and when you return to the station tomorrow to board the train, ride as one who provides shelter and blessing to your traveling companions.
Email Post