King of Kings, Lord of Lords

In the days leading up to the election, on Election Day, and especially the day after the election, I kept seeing the same post show up on social media from liberals or conservatives, depending on the day: "Remember, if nothing else, Jesus is still on the throne!" I actually went to Twitter just now and did a quick search, and there were hundreds of posts between late October and last week. Lots of people find comfort in Jesus' authority, as well they should. But there's just one thing:

We may have a difficult time fully comprehending the kingship of Christ, living as we do in a democracy. But folk in Jesus' day understood it well: 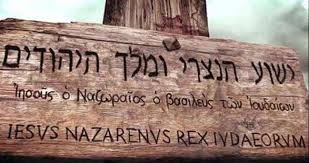 The writer of Colossians expressed the notion of the supremacy of Christ by quoting a specatular hymn, one that was probably widely circulated among the earliest Christians-- even before the first Christian scriptures were recorded. The other day at Perkins I heard the great biblical scholar NT Wright say that it is often the case that we best express ourselves through poetry or hymns before words. He reminded us of the famous quote of St Augustine: "Those who sing pray twice," and then said, ""Poetry first, then theology. Worship first, then thoughtful reflection." Too often in worship we are rushing to get through one thing to the next. It's certainly true of me. But for many of us, maybe most of us, worship is an hour a week, something we do in a long list of activities. I remember years ago in Prosper a woman who would sit at the back of the church and take notes during my sermons. It always made me feel so proud. Until one day I noticed a scrap of paper left behind in her pew: her grocery list!

We're probably all guilty of it. Dr Wright encouraged us to slow down in worship. Participate fully in the reading and hearing of scriptures. Let them speak powerfully on their own. So I want us to rewind a bit, stand as we are able, and read aloud together the magnificient words of the ancient Christian hymn found in Colossians 1:

He is the image of the invisible God, the firstborn of all creation; for in him all things in heaven and on earth were created, things visible and invisible, whether thrones or dominions or rulers or powers—all things have been created through him and for him. He himself is before all things, and in him all things hold together. He is the head of the body, the church; he is the beginning, the firstborn from the dead, so that he might come to have first place in everything. For in him all the fullness of God was pleased to dwell, and through him God was pleased to reconcile to himself all things, whether on earth or in heaven, by making peace through the blood of his cross (Colossians 1:15-20).

Just before the ancient hymn, the writer tells us that God has transferred us to Christ's kingdom-- we have moved from the power of darkness to the throne of grace.
One of my favorite movies is Saving Private Ryan. It's the story of a desperate search for Private James Ryan (Matt Damon), whose three brothers have been killed in combat. The War Department dispatches a crew of excellent soldiers to find Ryan, to make sure his mother does not lose all of her sons in war. The group of soldiers is not pleased with the assignment, which will be very dangerous. Ryan is in an unknown location far behind enemy lines. After a long struggle they find him, and he is resistant to go-- why should he be so special? Why should he be the only one to go home? Near the end of the movie, Capt Miller (Tom Hanks) is dying. He pulls Ryan to him, and whispers these words: "Earn This." Here's the scene:


The movie began in a WWII cemetery, and now at the end we return to the scene. Ryan, now a grown man, is surrounded by his wife, his kids, and grandchildren. He kneels at the grave of Capt Miller and weeps. His wife consoles him, and he says, "Tell me I have been a good man." For the last sixty years, Ryan has carried the burden of the sacrifice these men made on his behalf. The words, "Earn This" are etched on his soul. Has his life been worthy of the sacrifice?

From the Cross, his throne, Jesus prays, "Father, forgive them" (Luke 23:34) on behalf of those crucifying him and others who are deriding him. Even one of the criminals crucified with Jesus joins in the chorus. The other criminal, however, says, "Hey we deserve our fate; he does not. Jesus, remember me when you come into your kingdom." Jesus replies, "Today you will be with me in paradise" (23:43). He does not say to anyone, "Earn This." He could have. It would have been easy. But it would have left all of us with a burden similar to Ryan's from the movie. We would face the cross and say, "Tell me I have been a good person. Tell me it was worth the sacrifice." But Jesus would have us live free of guilt. We cannot earn God's love and forgiveness anyway. It is offered to us freely as a gift. We can accept it without guilt or shame.

I read a prayer the other day that said, "As your arms were stretched out to receive the nails on the cross, so may we stretch out our hands to serve others in your name." For me, that idea better reflects the Lordship of Christ than, "Whatever happens, Jesus is still on the throne." Jesus is our King. The Cross is his throne. By his power and authority he transformed the message of the cross from one of suffering and shame to one of forgiveness and invitation. So on the day we reaffirm his Lordship, as his followers let us honor the one on the throne by loving and serving those for whom he was born, lived, died and was raised again. In the name of the Father, the Son, and the Holy Spirit, Amen
Email Post