Christy and I saw a couple of movies recently: last week Dr Strange, which I saw again with James the other day, and yesterday Arrival. I'll offer some general thoughts on each movie and expound upon a key theme in both-- the manipulation of time. Spoilers ahead. 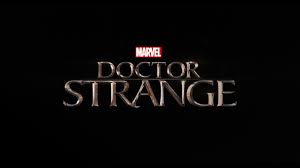 Dr Strange is a Marvel movie about a surgeon who suffers a horrific car accident in which his seemingly all-powerful hands are destroyed. After undergoing many surgeries and physical therapy, Dr Strange gives up on Western medicine and travels to the East, seeking spiritual ways of healing. He learns the mystic arts and becomes a great sorcerer. The movie is funny and brilliant to watch. I saw it in 2D twice, but I can imagine 3D would be amazing and worth the extra cost and annoyance (I'm not a big fan but go for it). If you dug The Matrix and Inception, you'll like this.

Dr Strange's go-to spell choice manipulates time. There's a fun sequence when he is first learning the spell involving an apple. He turns his wrist one way, and the one bite becomes many-- down to the core. Turn the wrist the opposite direction and the apple fills in again, bite by bite. Turn it back the other way and it disappears again, and even begins to rot. At the end of the movie he uses this time manipulation to trap the villain and save the planet.

Arrival is something totally unexpected. This is one of the most beautifully filmed and edited movies you will ever see. It's one of the best movies of the year, Oscar worthy in just about every category. It's best of sci-fi: thoughtful, with deep themes. It sort of reminded me of Contact. Amy Adams is amazing, as always. She plays a linguist whose skills are needed to interpret the language of an alien species, which has arrived on Earth in twelve giant pods stationed at various places across the globe. She's partnered with Jeremy Renner, an astrophysicist. 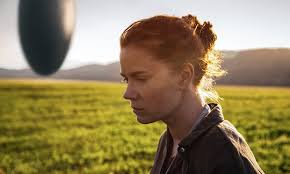 Each nation uses some of their most skilled scientists to try to communicate with the aliens, and at the beginning at least they share their learning with each other. As suspicions against the aliens build, the humans disconnect from one another, leading to more paranoia and fear. So Arrival has a global scale-- but it is also deeply personal.

As they begin to understand the alien language, they discover the sentence structure is not linear, the way you are reading this blogpost now-- left to right. The alien language is expressed in a circular form, starting from both the beginning and the ending of the thought. The aliens can also see, and share, the future. They come to the Earth because they will need our help in 3000 years. The movie begins recalling the life of Amy's daughter, who died from a rare disease at a young age. As the movie progresses, we see more and more scenes from the daughter's life, and Amy realizes she is learning about the present situation by remembering the past.  She learns clues to the puzzle by going backward. By the end of the movie, we realize she has not yet birthed her daughter-- that what she understood as memories before, the past, are actually visions of the future.

We're used to hearing warnings in sci-fi movies about the manipulation of time-- everything from Doc in Back to the Future to the TV series The Flash. If you change anything in the past you could seriously threaten the future. In these movies, time paradoxes work differently: at the end of Dr Strange, time is an endless loop, like Bill Murray in Groundhog Day. The clever sorcerer can release you from the trap if you promise to leave the universe.

But in Arrival time presents a metaphysical choice. If you knew the outcome of a certain situation was painful, would you still make the choices that lead up to it? Or would you take a different path? Amy's choice brought to mind one of my favorite scriptures, where Jesus says, "When a woman is in labor she has pain, because her time has come. But when her child is born, she no longer remembers the anguish because of the joy of having brought a human being into the world" (John 16:21). Yesterday after we left the cinema Christy and I went to lunch, then ran a couple of errands. We talked about the movie for an hour or more: "What would you do?" It stuck with us both, and probably will for many years to come. I need to make an adjustment to my all-time favorites list. It's that good.
Email Post