Our Need to be Fully Known 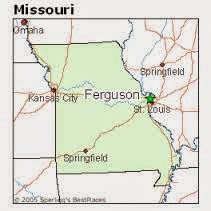 Ferguson, Missouri is roughly the same size as my home town of Bay City, Texas. Police in riot gear shooting tear gas into peaceful protesters is impossible for me to imagine where I grew up. But it has happened every day this week near St Louis. Protests erupted after Michael Brown, an unarmed, young African-American man (18 years old) was killed by police. The police responded with aggression and tactics WAY out of scale with what was happening in their community-- including gassing members of the media and destroying their equipment. #mediablackout is now trending on Twitter.

Across the country, those communities who have felt threatened by, rather than protected by, the police have made their voices heard. Many years ago I participated in an anti-racism training with other pastors and layfolk from North Texas. The material referenced this perspective, although I have forgotten the source: "To African-Americans, even a black man in a blue uniform is a white police." These and similar voices this week have aroused other voices too, some in support, others in opposition-- with many opposing folks denying these terrifying days in Missouri have anything to do with racism. Of course it does.

A Prayer of Thanksgiving for the Social Order, from the Book of Common Prayer:
O God, who created all peoples in your image, we thank you for the wonderful diversity of races and cultures in this world. Enrich our lives by ever-widening circles of fellowship, and show us your presence in those who differ most from us, until our knowledge of your love is made perfect in our love for all your children; through Jesus Christ our Lord, Amen.

Also this week Robin Williams, one of the most popular and gifted actors of all time, took his own life, evidently as a result of his constant battle with depression. I was never a huge fan of his, but I always recognized his talent. The outpouring of love and emotion from his fans on social media has been very touching. His death was a tragedy and has raised the issue of depression and suicide to the public's attention. 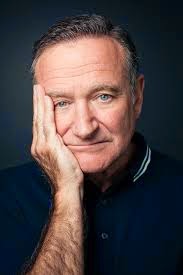 Being a celebrity has to be one of the loneliest professions of all. Of course the wealth and power one receives are much, but at what cost: privacy, trusting relationships, conflicting motivations for others' actions. It's exhausting to think about. I have a theory about being a celebrity: their "private" lives, the stuff TMZ and others are always waiting to capture on camera, like going to the grocery store or the gym or out with friends, is the real acting celebrities do. Every step they take in the public arena-- the most mundane things non-celebrities like me do every day-- is both monitored and rehearsed. It's only on the set, where an actor is pretending to be someone else, that their truest self is revealed. I returned to this theory after reading this brilliant reflection by David Simon, creator of The Wire, on his solitary encounter with Robin Williams. Maybe Robin Williams' truest self was revealed, not in front of the cameras in your favorite movie, but at the moment at the end of the piece, as he prepared to go before the cameras again.

One of the most popular scriptures in the Bible has to be 1 Corinthians 13, Paul's thoughts on the gift of God's love. As I have thought about the terrible news this week, this text has come to mind; especially verse 12:


"For now we see in a mirror, dimly, but then we will see face to face. Now I know only in part; then I will know fully, even as I have been fully known."

Paul is looking in to the future, to a time when the unsolved mysteries will be solved and all our lingering questions answered. We're sort of stuck in this in-between time, where we want to figure it all out, yet we are constricted by our limits. The struggle every single one of us faces is this sense of being known. The absence of being fully known is the root of loneliness, hopelessness, and possibly depression. What so many of us are missing in our lives is a sense of being fully known by others: a spouse, our kids, our church friends, our family. When we fully know many of our brothers and sisters of color, we are able to to empathize and demand justice, instead of dismissing the impact of racism and the fear of the police. When we fully know many of our brothers and sisters who struggle with depression or other illnesses, we can offer love and support, not judgment.

This week has been difficult. Hey, to be honest I've come close more than once to imposing my own media blackout. But I know deeply that disconnecting myself from others' pain and suffering will only lead to isolation, and more hurt. We offer our prayers to the families of Michael Brown and Robin Williams, as well as all who struggle with brokenness within the human family.

From the United Methodist Book of Worship, #482:
Lord Jesus Christ, you are the way of peace. Come into the brokenness of our lives and our land with your healing  love. Help us to be willing to bow before you in true repentance, and to bow to one another in real forgiveness. By the fire of your Holy Spirit, melt out hard hearts and consume the pride and prejudice that separate us. Fill us, O Lord, with your perfect love, which casts out our fear, and bind us together in that unity which you share with the Father and the Holy Spirit. Amen.
Email Post