This Is the End?? 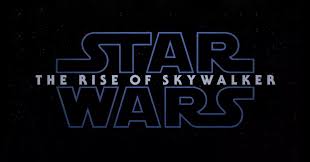 When news broke that JJ Abrams would helm the final Star Wars movie, I knew we were in trouble. Not that he isn't a talented filmmaker; he's made some amazing movies, like Mission Impossible 3. I enjoyed The Force Awakens four years ago, and I have watched it multiple times since. But I was uncomfortable with how insistent it was to be a remake of the original Star Wars. Rian Johnson's The Last Jedi took the franchise in an unpredictable, exciting new direction. Rather than answering directly questions posed by The Force Awakens, Episode VIII said, "None of that matters."

In fact, as Kylo Ren says to Rey near the end of the film, and it's echoed by none other than Luke Skywalker, it was time for the Sith and Jedi to end.


Leave the past behind. Kill it if you have to. - Kylo Ren

We learned in The Last Jedi that Rey and Kylo were equals in the Force. Luke confirms he had never seen anyone with such power. Ever. Not the Emperor, not Darth Vader, not Yoda. No one. Oh and Rian Johnson began writing Episode VIII before Episode VII was completed. Start to finish, Johnson has said it took four years to complete the film.

So yeah, when Disney announced they dumped their previous hire for the last film and replaced him with JJ Abrams I knew there would be trouble. It was obvious to me JJ would want the answers he posed in Episode VII answered; even if Episode VIII said they were no big deal.

Oh and a couple of final thoughts I shared before I saw the film: I said The Mandolorian would be better than Episode IX; and I predicted it would fall somewhere around Attack of the Clones in a ranking of Star Wars films.

You are now entering spoiler territory.

Our family saw Rise of the Skywalker on the opening Friday. I left feeling disappointed and more than a little disjointed. I had so many questions. Then I saw it again this past weekend in Houston. For my second screening I brought pen and pad into the auditorium. I used about half of the tiny pages writing questions, which could be summed up as:

Here are some of my questions. There are many of them, and you may be better suited just bailing out here or scrolling past the bullet points:


Wow, if you made it this far you are dedicated!!

Just because. That's really the whole message of the movie. Because. Reasons. It needed to happen this way to meet an impossible schedule and impossible expectations. Instead of writing an original movie that builds on what happened before, they tried to fix what Disney and Star Wars fanboys perceived as problems. Making a movie of this scale requires time and patience. These are gifted filmmakers, but the story is always the most important. This movie has Disney executive fingerprints all over it, and I get it; Disney needs to sell toys and Disney+ subscriptions to satisfy its shareholders. But Star Wars deserves to be special. I liked the movie, messy as it is, the first time I watched it. I laughed and I cried. It pulls at the emotions. But the second time I just couldn't deal with it. There's a decent chance I will never watch it again.

Maybe I am done with Star Wars? I don't know. I really enjoyed The Mandolorian. I hope Disney closes shop on the film franchise for several years. Looks like investment is being targeted only for Disney+ mini-series. I think that's a good thing. If Rian Johnson still gets his announced trilogy of films outside of the Skywalker saga I'm there. But I doubt that will happen now.

For new Star Wars people, I would say: just watch, in this order, Rogue One, the original Star Wars, The Empire Strikes Back, and Return of the Jedi. If you want an extra bonus check out The Last Jedi, but don't worry about The Force Awakens or The Rise of Skywalker. The backstory and re-backstory of those films really add up to very little.

A final ranking of the Star Wars films:
Episode IX is last because it offers nothing new or interesting. At the same time it's too fast and it's lazy. Every other movie had something to check out again, or an interesting story, even if there was messy dialogue or the film itself is unnecessary. This one just doesn't.
Email Post