please note: this is my sermon from last sunday. i post it here as a way of beginning the discussion related to topics raised in the current sermon series.

Today we begin a new sermon series called “For the Healing of the Nations,” taken from one of the hymns in our hymnal. Obviously the series will focus on the world, specifically the issues confronting the global church, the global community, and the global economy. The series has roots in a survey I sent around to the congregation back in May. One of the questions asked members to rank what is most important to them in the church: things like fellowship, Bible study, worship experience. I was shocked to see that 48% of those who participated ranked world-wide missions dead last. I was shocked because I would rank it at or near the top. One thing I love about being a United Methodist Christian is that I am part of a church with a global outreach. 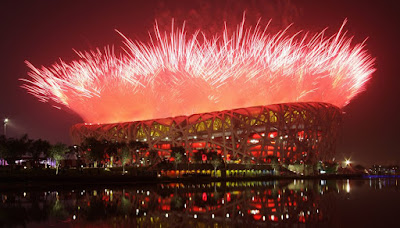 The timing of the series could not be better. If you have not heard, the Olympics are under way in Beijing, China. 70 million people watched the opening ceremonies Friday night. Anyone here catch them? I stopped Return of the Jedi—to the great disappointment of our boys—so we could tune in. What a spectacular show. Honestly I have never really been a big fan of the Olympics, especially the most popular cliché associated with the Games: “The world united for two weeks!” Yeah right. At the same time as the world supposedly began to unite, Russia invaded Georgia (not the U.S. state, the former part of the Soviet Union, now a sovereign nation), the war of words between the U.S. and Iran gets louder, and genocide in Sudan continues (by the way, Sudan is a major supplier of Chinese oil, one of the interesting geo-political undertones of the Olympics). So the world may not be as united as we Utopians might want to believe, but the world certainly has grown smaller the last few years. The rise of technology and the Internet, the breaking down of economic barriers, and higher and higher demand for resources has created a world almost without boundaries—almost.

Add to those realities the fact that the Olympics are in China this year. China, storied in history and tradition. China, a Communist country that has accepted Western norms for business and economics, even to the point of joining the World Trade Organization (WTO) in 2004. China, now the world’s third largest economy, behind the U.S. and Japan. China, which spent $150 billion building and improving for the Games. China, whose records for human rights and environmental policy are revolting. I will never forget June of 1989. I had just graduated from high school, and moved to Austin to study at UT. Just as I was beginning my education, away from small town Texas for the first time, tasting individual freedom in a new way for the first 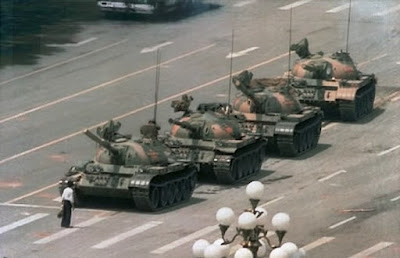 time, I was glued to my small black and white TV that I bought in a garage sale for $5 that smelled funny when turned on. I watched a young student, my age, staring down the turret of a tank in Tiananmen Square, demanding to have the same freedom I was enjoying. I watched in horror as the Chinese Army broke apart the protests, driving through their fellow citizens as if they were an invading army. As spectacular as China’s growth has been, as beautiful as Beijing appears to be today, those are images I cannot file away somewhere. Knowing that China was hosting the Olympics this year has aroused profound interest in me.

I recently read a great book, The World is Flat, by Thomas Friedman. The book describes in fine detail how the world has changed dramatically over the last decade. Friedman says that the world has not only grown smaller, but it is flat—through the incredible rise of technology and the Internet the “playing field” of international competition and business has been leveled, or flattened. The book describes the impact, positive and negative, of globalization: outsourcing call centers from Atlanta to Singapore, offshoring manufacturing plants from Michigan to Vietnam, tracing the opening of dynamic economies like India and China to foreign investment. For example, did you know that in China, a generation ago relatively few people had traditional phone service; today there are more cell phone users than citizens of the United States? 300 million! The book says that America must wake up to several new realities that were inconceivable a generation ago:

In an election year, and during our current economy troubles, globalization and its results are major issues to think about. As part of a global church, how do United Methodists deal with these questions?

Once upon a time the peoples of the world were not separated by boundaries or languages. They were not threatened by those who were different—there were no differences. They were all gathered together in one place, speaking a common language, sharing the same life experiences, dreaming the same dreams. One day they got together and decided to build a grand city. The focal point of the city would be a great tower, reaching high into the heavens. God looked down on his people with a sense of pride—God relishes human ingenuity and creativity. God was pleased to see how they worked together for a common goal. But then God noticed their motivations. They built out of a combination of fear and pride. Their pride motivated them to show off to God how special they were. How limitless their talent could be. Their fear was 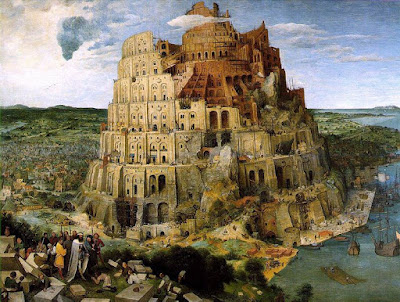 another story. They were worried that if they did not take on this monumental assignment God would disperse them—they would no longer be a common family. So their fears drove them to build higher and higher, to the point where they could even begin to conceive of themselves as gods. And as much as God was pleased with their ambition, pride, determination, and spirit, the darker side to their motives disappointed God. So the people’s fears were realized: they were sentenced to the far corners of the world, no longer united by a common language, but speaking different languages.

I wonder if in the rise of the modern global economy God is giving humanity a do-over. A chance to once again come together and really enjoy human unity. We still speak different phonic languages, but through the Internet a new global language is quickly forming: technology. Those dotted lines on our maps and globes are more symbols today than realities. Globes used to be the size of basketballs; today they might as well be the size of softballs. How can we, as part of a global congregation, use this new world to further the Kingdom of Christ? How can we—here in Prosper—expand our ministry on a global scale? Certainly opportunities for new ministries with new partners are available today like never before. I like to say the world changes but people do not. As I ask those questions I think back to that survey, where the folk listed global ministry as least important to the life of the church. Isn’t it time to broaden our horizons? Isn’t it time to wake up and realize each of us is part of something bigger than we imagined? I am praying that by the time this sermon series ends the survey results would be dramatically different. Maybe global missions moves up to third on the list, rather stuck in the basement at number six.

Each week there will be opportunity for further discussion at 9:30 in my office. I’d love to hear your perspective on these complicated issues. Maybe you work in an industry facing outsourcing and offshoring. Maybe you’re travelling not just to Omaha or San Francisco, but Hong Kong and Budapest and Moscow and Bangkok. Maybe you’re just concerned for our American economy and way of life. Maybe the concept of a global church scares you. Or you can check my blog over the next two weeks (click "leave a comment" below)—I’ll be writing on these questions, and you can leave comments—anonymously if you want!

Also each week there will be an opportunity for dipping one’s toes into the pool of global missions. A way of tangibly responding to the messages of the sermons. Today in your bulletin you’ll find a lime-green insert detailing a couple of ministries going on in China. One is sponsored through the Advance, an arm of the United Methodist Church’s General Board of Global Ministries: Amity Printing Press. This ministry publishes Bibles and hymnals in Chinese for Chinese churches. Did you know there are 20 million Protestants and 15 million Catholics in China? TAPP has printed nearly 36 million Bibles in China. The other link on the insert is a Chinese website, where Chinese Christians leave prayers for their country during the Olympics. I went on the other night and wrote a prayer. My prayer is easy to find: it’s the one in English! You can go there yourself and offer a prayer for your Christian sisters and brothers in China.

The Olympics, with its myth of “the world coming together,” offers a unique opportunity to see the world under a microscope. Even in China, where the government certainly would want us to focus on sport rather than politics, it is impossible to ignore the realities of today’s world. The world is smaller, through communication, business, and technology. The world is smaller, because now we can read and hear millions of voices tell of their journey with Christ. The opportunity we have to learn from others and build relationships has not existed since the days of the Tower of Babel. Is God is giving us a do-over, a chance to come together again as one humanity and right the wrongs of the proverbial past? How will we respond? Instead of building towers that soar to the heaven and testify to our talent and unity, will we build walls that keep others out and ourselves trapped inside? Will we take the cliché “good fences make good neighbors” to the extreme? Will the church’s ministry and vision be enhanced by the new world, or will it retreat from such a great opportunity to spread the good news of Christ? These are big questions, bigger than we could answer over coffee in my office or sitting in this Sanctuary. But they are questions that must be addressed. We’re taking a step into a much bigger—and smaller—world! In the name of the Father, the Son, and the Holy Spirit, Amen.

Anonymous said…
Your sermons never cease to amaze me, Frank.
10:09