"I'm Not Leaving Until We Get It Right." 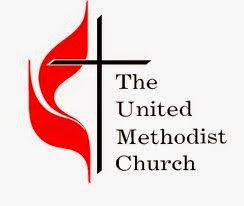 A couple of days ago our church staff gathered for worship in the Chapel, as we do every Tuesday. Rev Tim Morrison gave the message, based on 1 Thessalonians 5:8-28. He began the message by asking us to mention specific moments that touched us in our faith journeys: a sermon, a work of music, a teacher or lesson, a time we received care from another. As I thought about impactful sermons on my life (there have been several), one sentence echoed in my ears: 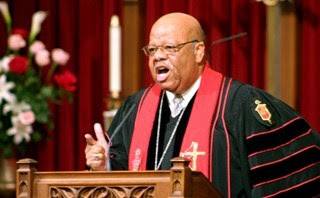 This sentence was spoken by Bishop Alfred Norris (this link is for the bio and picture only; the sermon podcast is a different message from the one I am referencing in this post) at the opening worship service of the Texas Annual Conference several years ago. Bishop Norris ordained me an Elder in 2001. I remember listening to this sermon several times while cleaning the garage one day (don't ask)-- I had bought it on cassette tape. In the sermon he talked about a conversation he had with a lay person. The man was remembering the "good old days" of the Methodist Church, before the 1968 merger. Here's a little history for non-Methodist folk: Our denomination split over the issue of slavery in the 1850s: North and South (that's why SMU, founded in 1911, is called Southern Methodist University). In 1939, those two Methodist denominations merged to form the Methodist Church. WooHoo!

So when this man hearkened for the good old days-- before 1968, when things began to fall apart for our movement in his mind-- it set off a nerve. Bishop Norris had served in that Central Jurisdiction and knew what it represented. Thinking on the brokenness of the church, and all the subsequent hurt, Bishop Norris reflected on the number of African Americans who have left the church over racism. He'd considered it too. But then he said:


Recently many members of Custer Road received a letter from an organization called UM Action, which is linked to the Institute on Religion and Democracy (IRD), headquartered in Washington, DC. Our church mailing list, and the lists of many other United Methodist congregations, was obtained by the IRD after the now defunct United Methodist Reporter (UMR Inc.) evidently sold its mailing lists to raise revenue. Those who received this letter did so because their church newsletters, like Custer Road's, were once published through UMR Inc. This letter contained some very volatile language, and it is not my intention to speak to that content. That being said, it is true that our denomination is facing serious challenges once again, mostly related to our stances on homosexuality, and the threat of schism has many United Methodists worried about what will happen at our next General Conference, which meets in 2016. Annual Conferences, including North Texas, will elect delegates to that conference this summer. So tensions are high.

Personally, I do not think our General Conference is functional enough to change the denomination's stance, and no, I am not running to be a delegate. In 2012, the conference did produce some needed reforms, but our Judicial Council, sort of the church's Supreme Court, ruled them unconstitutional. So the institution remained largely unchanged. It's my belief that we'll see the same thing again in 2016. More frustration and hand wringing. Then the talk of schism, etc. will resurface before the 2020 General Conference.

In the meantime, I invite you to join me in prayer for our United Methodist denomination as we face significant challenges ahead. We have always been a “large tent” church, big enough to welcome and honor the differing opinions of many. Unfortunately, throughout our history we have chosen the easiest route-- leave or divide the church. I believe we can do better-- the difficult work of staying together and doing Kingdom work. Remembering Bishop Norris' words, I am committed to stay, to honor the opinions of all, and to treat each United Methodist as a sister or brother. Let us all remember, and live out, the words of one of Jesus’ prayers to God: “The glory that you have given me I have given to them, so that they may be one, as we are one, I in them and you in me, that they may be completely one, so that the world may know that you have sent me and have loved them even as you have loved me” (John 17:22-23).