How Far Would You Go For Love? 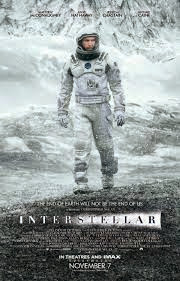 Last Friday I enjoyed a double feature at the Alamo Drafthouse: John Wick (an old school revenge shooter type movie) and Interstellar the latest Christopher Nolan movie starring Matthew McConaughey. There is a ton of buzz around the movie, and I'll leave the "does it live up to the hype?" argument to others.

There are two huge quotes from McConaughey's character that had huge impacts on me:

"We were born here, but never meant to die here."

The first quote is a feeling I share, regret of the loss of the manned space flight programs. Yes, they were expensive and dangerous, but when we stop exploring we stop evolving. Just this morning a probe landed on a comet, and that is an exciting achievement, but it's not the same as astronauts going to the moon or Mars. The second quote is the mission statement of the movie. Earth's population is starving, so a new home world must be found. NASA sent several astronauts to different planets to evaluate their ability to sustain human life. Through a series of extraordinary events, McConaughey is the guy to lead the last chance mission to determine which planet could be humanity's new home.

But it carries a heavy personal cost: a widower, he must leave his young children with his father in law. His son, a freshman in high school, is at peace with the mission; the younger daughter carries the bitterness of her father's leaving for most of her adult life. The children are able to send video messages to their father, who has traveled beyond Saturn and into another galaxy. McConaughey in a few minutes watches his children age to adulthood while he has not aged at all, due to the time effects of space travel. In one sequence on a remote planet, three hours' exploration equals 23 years on Earth. He begins to wonder if he will ever see his kids again, to keep his promise to his daughter. Every action he takes is about getting home.

I appreciated the movie's intelligence, and its respect for my own. I also love the ambition of the whole project. A fair amount of the criticism I have read about the movie has to do with its astrophysics: either too technical and wordy, or not accurate. This debate misses the point of the film. As I understand the movie, the message really comes down to what the Apostle Paul called the greatest gift-- love (1 Corinthians 13). What does he say about love? It:

Not even across galaxies.

Sometimes when I travel out of town for a conference or retreat I feel guilty about leaving Christy and the boys. They don't have the daily changes now like they did when they were little so there is not the potential to miss something significant, but it's still tough, even though I know I will only be gone a few days. But years?

Every now and then it's a good exercise to reflect upon this question: What drives you? What makes you you? What is your passion, your greatest motivation? Like any loving parent, McConaughey longs to return home. So I kept wondering throughout the movie: could I do that? Be an astronaut? No way. Leave without knowing I would ever see my family again? I can't even imagine that. His driving force is to get home, and when it looks less and less likely he pushes beyond his limits-- even beyond what may be physically possible. Love is that strong. Paul had other thoughts about love:

After their first unsuccessful planetary exploration, the crew debates about which planet to go to next: the one where the best astronaut was sent and his readings hold the most promise, or the one where the man Anne Hathaway's character loves was sent. McConaughey votes for the former, and in full disclosure shares Hathaway's love, which may be influencing her vote. She says, "Love is what makes us human." And she is correct. I read somewhere that folk on the set reacted strongly whenever the term "science fiction" was used-- like "this looks too much like science fiction." Interstellar is not, at its heart, a science fiction movie. It is an exploration of what makes us human, and in the end it is our humanity-- our love for each other-- that will ensure our survival.
Email Post