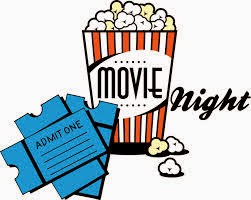 Christy and I take a mini-vacation to Houston without kiddos every year between Christmas and New Year's. One of the hallmarks of that trip is catching up on movies-- some of which have some Oscar buzz to them (nominations will be released Thursday January 15). This year on our weekend the two of us saw four movies together, I went solo for one, and then we accompanied my mom and her six grandsons for two more. So between December 27 and the 30th I saw seven movies. By the end of it I was about as fried as a movie lover can be. And we were unable to see Oscar contenders like Selma or American Sniper or Inherent Vice due to the maddening Hollywood practice of releasing January movies in late December in "select markets" for award consideration. I'll knock those out this weekend as the boyos return to Bay City for an MLK weekend with their cousins. For everyone who kept up with the endless Facebook check-ins at cinemas in and around Houston, here, in no particular order, are your long-awaited reviews.

There may be spoilers here, so be warned..