When Was the Last Time God Surprised You?

And how did you react?

Because I have news for you: God is in the surprising people business. So if you have not been surprised by God in some time, or you can't think of any time God has surprised you, the odds are very good that you are not paying attention.

Today's primary lesson is the story of God surprising two very different people, at the exact same time. Both are praying and experience visions that are upsetting and life changing. Even world changing. Like the dynamics of power begin to shift in unexpected ways.

He was a devoted follower. As a soldier, his commitment to the Empire was absolute. No one questioned his sense of duty to Rome. As a centurion, he was entrusted to leading a large number of powerful troops. While his allegiance was the Emperor, his devotion was to God. He was known to be generous with his possessions, sharing what he had with those in need. He was active in his prayers to God. All of this being said, he was an outsider. Uncircumcised. Not from the local territory. A foreigner; and not just that, an occupier. Think of how American troops stationed abroad in hostile territory and you'll have some idea of how the locals viewed Cornelius. I believe we have an actual photo of Cornelius: 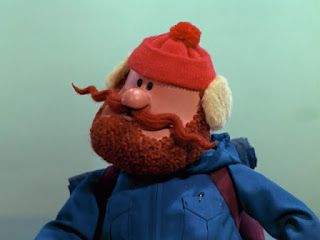 Still God has the habit of surprising even the most unexpected people; and when God showed up to Cornelius one day in Caesarea, a seaside city named for the one Cornelius served, the Caesar, how would he respond? "Cornelius," the angel said. "What is it Lord?" he responded (don't tell Caesar this, but Lord is the title reserved for the Emperor of Rome, and no one else). "Your prayers and generosity have been noticed, so send someone to Joppa to collect this guy Peter to you. Listen to what he has to say." Used to following orders, the centurion ordered his staff, one of whom a fellow God-fearer, to find Peter.

Peter had been through it all, from fishing to following to deserting to leading. On day at lunchtime, hungry and ready to eat following his devotional time, Peter experienced a vision. A picnic blanket descended from heaven (hey, I told you it was lunchtime), filled with all kinds of living creatures suitable for human consumption-- even some Peter's tradition would consider unclean. "Kill and eat," a voice said. Peter, ever devoted, said "I have never eaten anything unclean." The voice responded, "Nothing I have made is unclean." By the way, look out for some strangers who will be showing up today. Go wherever they ask you to go." 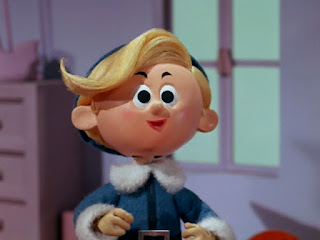 Joppa is about 35 miles down the coastal highway from Caesarea, so it takes a full day to travel each way. Peter received Cornelius' crew and offered them hospitality. The next day, Peter and the others travel to Caeserea, where Peter stays at Cornelius' home and shares his table, participating in his host's hospitality. Cornelius has gathered many friends and family to hear Peter's story. Peter's message begins with how he would answer the question I asked you earlier: "I was surprised by God just in the last 24 hours. I am learning that God does not show partiality, but that everyone who believes and changes their lives is part of the family." 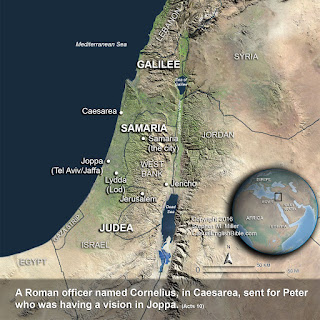 This is all very scandalous. Cornelius is a servant of the empire which occupied Israel. In fact, Jesus' crucifixion was presided over by a centurion like Cornelius. But perhaps Peter remembered Jesus' parting words to him and the other disciples, shared in Acts Chapter 1:


But you will receive power when the Holy Spirit has come upon you; and you will be my witnesses in Jerusalem, in all Judea and Samaria, and to the ends of the earth.

Peter started in Jerusalem and Judea. He's been through Samaria. He's now in Joppa, in the home of a Gentile. This is the first meeting of the final phase of Jesus' action plan: to bring the Gospel to the ends of the earth. God is in the business of surprising us.

Peter grew up with a closed understanding of who belongs in God's family. The circumcised. Those who observe the proper holy days and dietary restrictions. But God surprised Peter, and to his credit, he wasn't so tied up in a, "Well, that's not the church I grew up in!" attitude. When he was finished speaking, the Holy Spirit blew through Cornelius' house, as it had on the Day of Pentecost at the house in Jerusalem where the disciples were staying. Lives were changed. "Who am I to say God has not stepped into their lives? Who am I to get in the way of God's new thing?" Everyone was in the household was baptized-- circumcised or no, Roman or Jew, unclean or not, none of this mattered anymore.

Two men were surprised by God. Neither would ever forget it. Peter even stayed in Cornelius' house as his guest for the weekend and they dared meals together.

The whole thing was so surprising that when folk heard about in Jerusalem they ordered Peter to come south for a come to Jesus meeting. Peter recounted the whole thing, from the picnic blanket to the water flowing in the house as everyone was baptized. "Who was I to stand in the way of that??" Peter asked. No one could think of a theologically appropriate response other than, "Yeah I guess you're right!"

I don't know how many times I have read 1 Corinthians 13 at a wedding. How many eyeballs have glazed over as they heard that text read AGAIN. Love is patient Love is kind Love is not blah blah blah. I get it. It's gotten to the point where I am relieved when a couple chooses a different scripture. But in keeping with our question for the day, Paul in discussing God's love implies his own surprise:


When I was a child, I spoke like a child, I thought like a child, I reasoned like a child; when I became an adult, I put an end to childish ways. For now we see in a mirror, dimly, but then we will see face to face. Now I know only in part; then I will know fully, even as I have been fully known. And now faith, hope, and love abide, these three; and the greatest of these is love.

Here's my paraphrase: Hey I once had all this figured out. There were winners and losers. The world was black and white. Insiders and outsiders. It was very neat and orderly-- if you were an insider-- and really theirs was the only position that mattered. So if you followed the rules, by eating correctly and praying correctly and loving correctly and marrying correctly and living on the correct side of town and played by the rules established by the majority everything was great.

Except what Paul learned, and what Peter and Cornelius experienced, and what the Jerusalem insiders accepted, is that sometimes-- well, no, not sometimes but every time-- love wins. When I was a child I thought, believed, worshiped, acted like a child. But when I became an adult, God broadened my worldview. My eyes were opened to a new reality. I saw things differently. I learned that people with different life experience, different stories, were also not allowed to be a part of God's family-- but were incorporated into the family by God's direct action! What did Peter say to the religious leaders who voted to crucify Jesus for blasphemy?


God exalted [Christ] at his right hand as Leader and Saviour, so that he might give repentance to Israel and forgiveness of sins. And we are witnesses to these things, and so is the Holy Spirit whom God has given to those who obey him’ (Acts 5:31-32)

God did that, not any human authority. What did the Jerusalem Christians say about Peter's encounter with Cornelius and his household after they heard the whole story?


When they heard this, they were silenced. And they praised God, saying, ‘Then God has given even to the Gentiles the repentance that leads to life’ (Acts 11:18)

God has allowed this change to happen. God has brought the changes to these peoples' hearts. This didn't happen because Peter was a brilliant preacher-- no! God made the change happen. The changed happened in Peter as well. When I was a child, I spoke like a child, I thought like a child, I reasoned like a child; when I became an adult, I put an end to childish ways. For now we see in a mirror, dimly, but then we will see face to face. Now I know only in part; then I will know fully, even as I have been fully known. We presently see only in a mirror, and even then only dimly. But when we are open to God's surprises, we see each other face to face.

God allowed/compelled Peter and Cornelius to see each other face to face. Not Jew to Roman or circumcised to uncircumcised by man to man. Brother to Brother. God's surprising action allowed the Jesus story to be told to a much wider audience. And Peter and Cornelius were the primary actors in that expansion of kingdom work. They accepted that  God permanently changed the previous rules of the game. Now God's love in Christ would be enjoyed by more people. Because it's always been about love.

When will God surprise you next? Will you be ready for it? How will you respond?

And now faith, hope, and love abide, these three; and the greatest of these is love. In the name of the Father, the Son, and the Holy Spirit, Amen.
Email Post