Sometimes the hero of the story doesn't act heroically. We are used to Jesus' parables featuring one character who rises above the rest, one person who sets the tone for how we should live. Three people walk along a dangerous road. All three see a fellow traveler wounded, clinging to life in the ditch. But of the three characters in the story, only one, the heroic Samaritan, stops to care for the one in need. A father has two sons; one loyal, the other self-centered. The younger one demands his inheritance and leaves town so that he can live his life as he wishes. Impoverished and disgraced, he returns home in shame, only to find his heroic father waiting for him, full of redemption and forgiveness and hospitality.

But sometimes the main character in the parable doesn't exactly act as you hope your grandchildren will in similar circumstances.

He was a steward to an owner of a vast real estate empire. The steward had wide ranging responsibilities and little oversight. He would negotiate contracts on the master's behalf. He would determine the final sales prices for goods at the market, setting his commission at whatever rate he deemed appropriate. It was a successful career, even if he wasn't exactly the most highly respected manager in the community. He had a family, responsibilities, and obligations, just like everyone else. Then one day, he heard it was coming to an end.

The bossman wasn't happy. The steward didn't know what had been discovered; was he going to be fired because his commission was too high? Was the master's profit margin too small? Were his other stewards turning a higher profit? He would have to wait for his debriefing to know. But in the meantime, what could he do to preserve some income? What could he do to provide for his family in the event of losing his home? News of his firing had not yet been posted to social media, so he had time. Pulling out his briefcase, he collected the two invoices there, jumped in the car, and drove to the farm.

When the master heard about the steward's last second, today-only deals, he was... pleased? Why was he pleased? Was this the kind of behavior that resulted in the steward being fired? Did the landowner see in the steward some of his own actions when he was first starting? Was he pleased that his reputation in the community was elevated? For the near future, people around the village would think of him as generous, offering a surprise discount just in time for the annual church bazaar.

The steward in the story is no hero, but his actions may have been mis-characterized over the millennia. Sometimes he is referred to as the dishonest steward or the cheating servant. He isn't cheating anyone in the story, except maybe the landowner, but if he is cheated why does he praise his former servant? I've seen the label softened to be the shrewd servant, or even crafty. One commentator even suggested the Greek word translated shrewd here is used elsewhere as prudent.

The prudent manager doesn't sound as sexy, does it?


...Work out your own salvation with fear and trembling; for it is God who is at work in you, enabling you both to will and to work for his good pleasure.

The steward is working out his own salvation! He takes matters in his own hands when he becomes desperate. He collects the commission on these transactions, so his family will have food and housing for the immediate future. The farmers who received his generosity would be indebted to him, so if he needed assistance or a couch to sleep on they would owe him. When circumstances become desperate he doesn't waste time or energy feeling sorry for himself and worrying about tomorrow. He takes care of what needs to be done in the moment. And for that, the landowner, and Jesus commends his behavior.

Jesus said, ‘Whoever is faithful in a very little is faithful also in much; and whoever is dishonest in a very little is dishonest also in much. If then you have not been faithful with the dishonest wealth, who will entrust to you the true riches? And if you have not been faithful with what belongs to another, who will give you what is your own? No slave can serve two masters; for a slave will either hate the one and love the other, or be devoted to the one and despise the other. You cannot serve God and wealth’ (Luke 16:10-13). 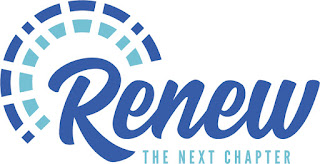 As we approach Commitment Sunday next week, it's time to prudently be aware of all that God has done for us. Consider how to respond to God's generosity, not with fear and worry, but confidently taking the steps that need to happen so that we can live in to God's salvation today. And speaking of today, I can announce our first round of commitments for our Renew capital campaign. So far, nineteen families have committed $443,800 toward our goal of $1 million!

All of us are stewards. God owns everything, but entrusts it to us to manage on God's behalf. Salvation is also a gift of God, and while it cannot be bought or earned, it is up to us to use our salvation in meaningful ways that impact our lives, and the lives of others. The shrewd steward uses his challenging reality to bless the lives of the farmers; sure, there are strings attached, but he could have just as easily left the collection to someone else who would not have dealt with them generously.

On All Saints Sunday, we pause to reflect on the lives of those who impacted our lives. We'll read some of those names aloud here in a moment; we'll also have silence to reflect on others who have touched us over the years. Not every one of those names and memories are easily classified as the hero of the story; people are complicated. Speaking of complicated, All Saints is about us as well; we pray God will use us in such a way that others will be blessed by our actions. Even if occasionally some may dismiss our generosity as shrewd or dishonest. Let's go with prudent. We are God's prudent managers!
Email Post