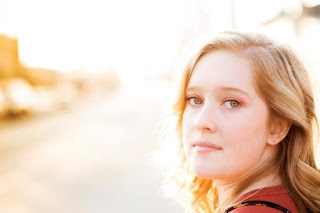 Back in the late 90s, several couples at the church I served in Dallas were part of  a growing group of young adults. None of us had kids– some of the couples were still dating–but that was about to change. Early in the morning of January 7, 2001 the phone rang. Anne and Richard were new parents to a baby girl– Caitlin Elizabeth. Christy and I dressed quickly and made the journey in the middle if the night to the hospital. The group of young couples soon became a group of young families, which grew into a sort of extended 2nd family, which, 20+ years later, is spread out all over North Texas, and has, I don’t know, 20-30 kids in it. Caitlin was the first. Christy and I are just as proud and excited for Caitlin’s life on this February night as we were on that January night two decades ago.

Before we all became busy with kids, our group did all kinds of activities together: bowling, movie nights, even camping retreats. I am remembering one such trip tonight. It must have been 1999 or 2000. Not sure of the location but it may well have been YMCA Camp Grady Spruce– it was the time a raccoon stole our communion bread before we had a chance to worship. Over that weekend, we read a simple but very profound book together, one I had read recently and loved. The other day as I unpacked my books and moved into my new office at the church, I found my copy of Tuesdays with Morrie by Mitch Albom. It’s a series of conversations between a former college professor, Morrie, who is dying, and a favorite former student, now an adult struggling to find meaning in life. After Cailtlin was killed last week, I pulled it off the shelf. I re-read it again in one sitting. Our son Miles (17), another one of those kids from our extended family, walked by, saw what I was reading, and said, “Hey we read that in English class last year.” That’s how old I am now. Anyway, I’m sitting by the fire, thinking about Caitlin, crying tears of gratitude and grief and everything else.

“So many people walk around with a meaningless life. They seem half asleep, even when they’re busy doing things they think are important. This is because they are chasing the wrong things. The way you get meaning in your life is to devote yourself to loving others, devote yourself to the community around you, and devote yourself to creating something that gives you purpose and meaning.”

This paragraph perfectly sums up where Caitlin was during the past months. Following a time of personal struggles and challenges, Caitlin had taken the initiative to make herself and her world better. Most people show this kind of self reflection after their behavior has resulted in some kind of harm to self or other relationships. Caitlin did the hard internal work, taking on her challenges directly. She was devoted to love, her community, and her purpose. She claimed her agency and took charge of her life and actions. Jesus said, “Blessed are the peacemakers; they will be called children of God.” Literally the final moments of Caitlin’s life were invested in peacemaking– bringing about the possibility of new wellbeing for herself and others.

Later in the book, Morrie, dying of ALS, speaks about the necessity of detachment. Not that we should avoid feelings; in fact the opposite. “Detachment doesn't mean you don't let the experience penetrate you. On the contrary, you let it penetrate you fully. That’s how you’re able to leave it.” Take any emotion [fill in the blank]... if you hold back, if you don't allow yourself to go all the way through them you can never get to being detached. You're too busy being afraid you're afraid of the pain, you're afraid of the grief, you're afraid of the of the vulnerability that living entails. But by throwing yourself into these emotions, by allowing yourself to dive in all the way even over your head, you experience them fully and completely. You know what love is. You know what grief is. And only then can you say, “all right I have experienced that emotion now I need to detach from that emotion.” Once he recognized an emotion he could say okay “that's fear,” “okay that's grief”... step away from it, step away.

So our large group of couples– probably not a family yet but we're getting there–is sitting by a lake, outside, passing the book around the circle. Everyone is taking a chance to read. Some of us are crying… I'm crying all the way through the book big shock– but I keep hearing this laughter. I mean this guy in the book is sharing his soul and someone is laughing– often at the most inappropriate time and I discover it's Anne. I don't know if Richard was making some kind of comments or what but Anne would be cracking up no one has a laugh like Anne Rogers. Anne, you will laugh like that again. Jesus said, “When a woman is in labor she has pain but soon she forgets the pain because of the joy of bringing a human child into the world. So you have pain now, but I will turn your sorrow into Joy.” Anne, the joy we all felt that January morning 21 years ago in the middle of the night will overpower the grief we all feel now. You will laugh the full Anne Rogers laugh again. Richard, you and Caitlin shared those crystal blue eyes of yours. I know your eyes have shined with pride and love for Caitlin as much as they have shined with tears in recent days. As I said to you before she was a great light and her light will always shine. Nick, the other day when I asked you about lacrosse you talked about finding the right place, the right activity, to match your natural abilities and the friends you've made while playing. Those relationships and using your energy for the things you love will help you going forward.

At the end of the book Morrie shares 1 final sentence that I recalled over and over again over the past 20-plus years it's especially important for us to here today:

“Death ends a life, Not the relationship.”

Caitlin Rogers’ life ended last week, but the relationship we had with her endures. The way Caitlin lived her life, the actions and growth she experienced in her final months, the love and joy she shared with the world since the middle of the night in early January 2001. All of it continues. May her memory always be a blessing to those who loved her so much. May her enduring witness inspire each of us to do the internal peacemaking work our lives in our communities need. In doing so our pain will turn into Joy.