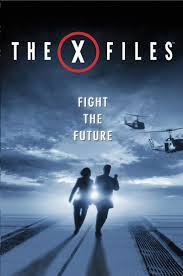 I am a visionary type person. Just yesterday Pastor Kory and I did some initial sermon planning for 2014 and beyond. I loved it. I'm thinking more and more about the long-term of Custer Road. Very excited about that. Rather than dreading their growing up, I spend some time each day thinking about what the boys will be and look like when they are in college. I'm a future guy. But here's the thing: I'm getting tired of the future.

Because in most of our imagining, the future is a bleak, dystopian place. Think of the raging zombie craze. Brad Pitt's World War Z, still available at your local $1 cinema and now available on DVD, tells the story of a virus that changes most of the earth's population to zombies. It's made $500 million worldwide-- his biggest movie ever-- and a sequel-- maybe even two-- are being developed. The Walking Dead, a zombie TV series on AMC (same network as Breaking Bad), scored a then-record for cable viewers with its season three finale: 12.4 million. Season Four starts in October. And a 2015 spinoff series was just announced. We love zombies.

A couple of weeks ago I saw This Is The End, starring a bunch of goofballs. It scored an 84% on the Tomatometer, so I was excited to see it. And I needed a couple of hours of laughs. It did not disappoint. It was raunchy, gross, and funny. More than once I thought, "I am so glad I am not wearing my Custer Road nametag!". These guys are all trapped inside James Franco's house while LA burns around them. There are sinkholes everywhere, fires burn, monsters lurk. One character mentions the possibility of the apocalypse from the Bible. He even pulls out Franco's Bible and reads from Revelation (the character says "Book of Revelations"-- with an S-- sheesh). There are pictures in the Bible that look like some of the monsters roaming the neighborhood. So that must be proof. Early in the movie, when things first begin to happen, Seth Rogen and Jay Baruchel are at a store. Blue light shines around some of the patrons, they freeze, and start to slowly ascend to the sky. Sort of like an escalator to heaven. Jay immediately supposes these were good people-- this must be the Rapture, where good people are saved to heaven while the not so good are stuck here. Toward the end of the movie, the others buy in to Jay's Rapture idea and start doing unselfish things, even risking their own lives, to get sucked up to heaven. As James Franco starts to levitate, he teases those beneath him. The blue light immediately goes away and he drops back to the ground.

Now, this is a comedy, not meant to be a theological discourse on Revelation. And I get that. The movie is entertaining if one can stomach all the antics. But this idea that salvation can be earned by being nice to others is untrue. We are saved only by God's grace. And the whole Rapture thing? The word does not even appear in the Bible-- nowhere-- not even in Revelation. It was an idea developed during the 18th century revivalism of America. Somehow through osmosis this notion of Rapture has creeped into our minds and is now accepted as fact. The Left Behind series, which for the record I have neither seen the movies nor read the books, builds on the this concept of Rapture. And, by the way, a rebooted movie starring Nic Cage is coming out next year.

I could go on and on, but I won't. Apologies to The Hunger Games.

The future is a place of worry, destruction, chaos. It's a place where there are billions die and few survive. It's gruesome and violent, and we should start preparing for it, just in case. Right?

But Christians understand the future differently. The future is about glory and hope, not about Raptures and death and destruction. Revelation has nothing to do with zombies or monsters-- it's about deliverance. It was written to offer comfort and ultimate hope for those who were suffering in the present day. To assure those who hurt that the future is in God's hands, not our own. "I saw a new heaven and a new earth... I saw a new Jerusalem coming down from heaven..." (21:2). John's vision is not about escaping earth-- the new reality comes from heaven to earth. "Those who conquer will inherit these things, and I will be their God and they will be my children" (21:7). The future is not a place where chaos is the rule.

Maybe as a society we're done with happy endings. Maybe we are ready to give up all hope that each of us will retire a millionaire, Social Security will always give us enough to live comfortably, and the Cowboys will win the Super Bowl again. And maybe a little realism is not a bad thing. But realism does not always lead to despair. Rather than fighting the future, because it is filled with evil and scary things, we can embrace the future as a place of real hope and comfort. Thinking of the future in those terms may well help us to embrace our present lives with greater joy as well.
Email Post