Prayers of Peace for Korea and the World 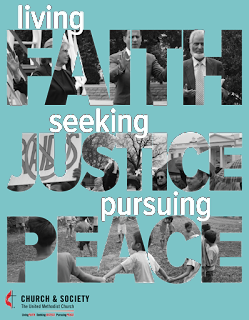 With all the talk of war this week, including outlandish claims by a Dallas pastor I will not repeat here, I found these prayers for peace and the unification of Korea hopeful & comforting:

A Call to Prayer for a Just Peace from the General Secretary of the United Methodist Board of Church and Society (issued August 9, 2017)

On this day, 72 years ago, the United States dropped an atomic bomb on the Japanese city of Nagasaki – just three days after dropping one on the city of Hiroshima. It is estimated that over 150,000 people were killed over those three days.

Fast forward to present day, the last few months have been met with anxiety and tension around threats of nuclear weapons and warfare. Leaders in North Korea continue to isolate their country as they threaten Creation with nuclear missiles. Leaders in the United States agitate and provoke with threats of destruction. It is during times like these when we must join together in a call for the exhaustion of all diplomatic efforts before turning to military action.

The United Methodist Church believes war to be “incompatible with the teachings and example of Christ.” The Church “insists that the first moral duty of all nations is to work together to resolve by peaceful means every dispute that arises between or among them” (2016 Book of Discipline, Social Principles ¶165.C). The United Methodist Church also “supports the abolition of nuclear weapons…We call all nations that possess nuclear weapons to renounce these vile instruments of mass destruction and to move expeditiously to dismantle all nuclear warheads and delivery vehicles” (2016 Book of Resolutions, #6129).

In the Council of Bishops’ 1985 foundation document “In Defense of Creation: the Nuclear Crisis and a Just Peace,” the bishops assert that one of the “most important purposes of Christian peacemaking is the exercise of their God-given power in the political arena.” They affirm two essential means of fulfilling this purpose:

personal involvement of United Methodist leaders, lay and clergy, at every level in nurturing political action as an imperative of shalom, and
direct and regular personal engagement of our church members with policy makers in foreign and defense policy.
The bishops also make clear that peacemaking is “ultimately a spiritual issue,” and “without conversion of minds and hearts, the political systems of this world will remain estranged from shalom.”

Because of this need for spiritual and political peace, the World Council of Churches has designated this Sunday, August 13th 2017, as the Sunday of Prayer for the Peaceful Reunification of the Korean Peninsula. The National Council of Churches in Korea (NCCK) and the Korean Christian Federation (KCF) have prepared a prayer for churches to use on Sunday.

So I call upon all United Methodists to join in prayer this Sunday: for peace on the Korean Peninsula, for peace in the hearts of our leaders, and for peace among all peoples.

May we continue to faithfully follow the Prince of Peace, and find comfort in the words of the Apostle Paul:

“For he is our peace; in his flesh he has made both groups into one and has broken down the dividing wall, that is, the hostility between us.” (Ephesians 2:14)

Prayer of Unity for the Korean Peninsula

Once again, we greet the month of August, the month of Independence where North and South still celebrate separately and remember it differently. It has been a long, harsh period, one with cruel struggles between the two countries. No longer are we oppressed by Japanese forces, but our people are still filled with contempt for each other and our country is still challenged by neighboring forces. Lord, pity us.

For the last 72 years, we dreamed of being one, but we lived like foes, not living up to our dreams. We lived separated from our family and torn apart by different ideology and systems. Lord, bring the history of our people together with your holy hands. Let us hope for unification with passionate hearts and work together so fervently that we shed the sweat of hope. For every August we encounter, help us sincerely repent with our hearts, and fill us with a strong will for unification.

Lord, we speak of one people, one sisterhood/brotherhood while filled with hatred against each other. We have violated the spirit of the Inter-Korean Basic Agreement, the June 15 Joint Declaration, and the October 4 Joint Declaration and also firmly locked the doors of the Keumkang Mt. and Gaeseong Industrial Complex. Thus, we were left with a greater danger and greater threat. Lord, listen to our desperate cries that thirst for peace.

Lord, help us to dream once more of a beautiful land where no joint-military exercise is needed. Let us welcome a new world where we are not interfered with or challenged by neighboring strong powers. Let us once again begin with the same overwhelming determination we had as of August 15, 1945. Please quickly open the doors of intercommunication and let us walk hand in hand for joint prosperity. Lord, let the North and South greet each other without prejudice. Help us newly begin a history of reconciliation and embracement on this land.

Bestow your grace upon the whole of Korea. Shine down pure rays of peace from Baekdu to Halla, and wet the entire land with showers of joy. Give happiness to the 80 million fellow Koreans throughout this land and this world, and guide them to be leaders of their own lives. Bring our strengthened community to be servants of the world.

God of Peace, we pray in Jesus name.