It's been a while since I wrote some movie reviews. So let's catch up! But first, congrats to Wonder Woman, which I reviewed here. That film is 2017's #1 summer movie, bringing in $400 million. It's still in wide release two months on, so check it out if you haven't! 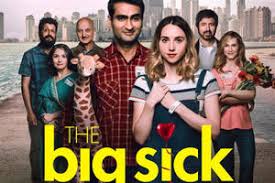 Christy and I have been watching Silicon Valley this summer, and Kumail Nanjiani is hilarious. The Big Sick is a true story of how his relationship with his wife began. It is a sweet, funny romantic comedy with great supporting performances. It's also honest about the struggles of immigrants dealing with a new culture. Christy and I both loved this movie and we are so happy for its success. It started very small-- it's a low budget, independent movie. It has expanded its release almost every week. Go check it out.
Spiderman: Homecoming 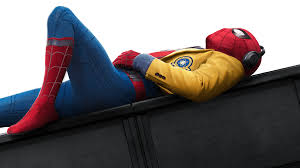 Honestly, I was not excited about this movie. I loved Spiderman in last year's Civil War, but with all the recent Spiderman movies (six in sixteen years??) I'm getting over him. But Homecoming was different. For one, Peter Parker is much younger: 15-- our James' age. For another, the supporting cast is tremendous. I loved his best friend Chair Guy. And Michael Keaton is the best Marvel villain ever. No ridiculous freak accident/origin story.. just an ordinary guy trying to make a living with more and more odds against him. This movie is a throwback to the teenage experience. It's not a superhero movie as much as it is a high school kid's life. I am glad I was wrong about it.
Dunkirk 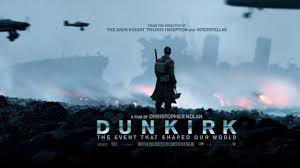 This is a movie I will own someday and watch repeatedly. I am an unapologetic Christopher Nolan fanboy, and that will never change. He's the best. James took me to this for my Father's Day gift. We saw it in Dallas with a real 70mm projection. It was a brilliant experience. If you can, see it in the larger format than the standard digital projection at your local cinema:

This movie really deserves a full review by itself, but the day after seeing it we took off on our Colorado holiday. I need to see it again. The experience of this movie is incredible. Over and over again, you feel the tension of war. The viewer is constantly in tight spaces, clinging to life: a flooding ship/vulnerable troops on the beach as an enemy plane approaches/flying a fighter whose propeller is stationary, waiting to be brought to earth by gravity. I've seen lots of comparisons to Saving Private Ryan, which is also an elite war film, but Dunkirk is different. It isn't interested in character development. Their individual stories aren't the focus of the movie. It's about survival. I think I can still feel the twitching of my fingers after clutching the seats for two hours. 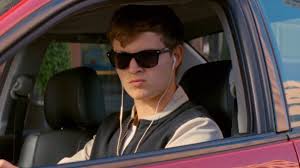 Another summer surprise, one that's inching toward $100 million. This movie is wall to wall action, set to outstanding music. The action is literally choreographed to the music. There is a scene with gunfire is exactly timed with the beat of the song. This movie is a great summer movie. Funny. Thrilling. Stylish. Definitely rated R. See it onscreen while you still can.

War for the Planet of the Apes 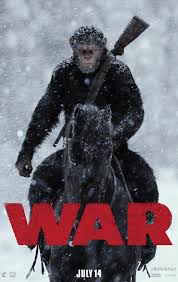 The three movies in this series have been terrific. While titled War, this movie is not a war movie like Dunkirk. It's more like The Great Escape. Really great.
Still on my summer wish list: Valerian, (low expectations, but should be geek fun) The Dark Tower, (big fan of Stephen King, and I've read the entire series more than once; low expectations for the movie) Atomic Blonde
Update:

Quick update to my summer movie reviews post from last week: #Valerian is one of the dumbest ever. #TheDarkTower is boring & uninspired.