I love Toy Story. The original is an all-time top 10, although Toy Story 2 is the better film. I enjoyed Toy Story 3, which was released nine years ago, although I was a crying heap of a mess by the end. And now next year I'll be living TS3-- packing up my oldest for college.

Now here comes Toy Story 4. I know Pixar's sole intent in making another Toy Story movie, besides making their cash-strapped studio Disney some much needed $$$, was to make me cry. It succeeded, several times. But for different reasons than before. This time I didn't weep because Andy is moving off to college.

Here are some general Toy Story thoughts, what it's meant to me personally and as a movie fan. I'll warn you before I get to spoilers for TS4.


Toy Story 3 was a good ending to Andy's storyline. He moved to college, and gave his beloved toys to a small neighborhood girl, rather than storing them away in the attic. I wasn't ready to say goodbye to James, I still am not ready, but I was OK saying goodbye to Andy. But it wasn't the end of my second-most beloved franchise.

Spoilers are coming-- but not quite yet. When I heard the announcement of Toy Story 4 I wasn't excited. Pixar sequels generally are not as good as the originals, and sometimes they are downright terrible (hello Cars 2). Cars 3 and Incredibles 2 are good movies, but don't really contribute much-- so why make them, other than making Disney more $$? Would Toy Story 4 go into that list as well?

Because Toy Story isn't Andy's Story. It's always been about the toys. And while Woody consistently, across four films now, makes the argument that toys exist for the benefit of children, the movies exist for the benefit of the audience-- people. It's ironic that the movies with the best parenting advice are cartoons created on a computer and marketed as kid movies. Toy Story 4 is not a kid movie.

Someone said to me once that the role of parents is to get your kids off to college or whatever the next chapter is after high school. Raise them, teach them, release them. No helicopter or lawnmower parents. I saw this post on Twitter this morning:

"Be a hummingbird parent. Sit on the periphery. Zoom in only when necessary, which isn’t very often, and zoom back out again.” https://t.co/xQ9sUsgELo
— TED Talks (@TEDTalks) July 2, 2019

Scott Sampson — the paleontologist and CEO of Science World in Vancouver, Canada

I hope I am more of a hummingbird parent than a helicopter. We don't know much about Andy's mom in the first three movies. Bonnie's parents in TS4 seem nice and not oppressive. But we learn that Andy, and now Bonnie, do have a helicopter...

We've known Woody to be a control freak, constantly afraid to lose his favored position. It's Woody who rises to be savior of the toys. Woody is the leader. But by Toy Story 4 Woody is relegated to the closet with Bonnie's toddler toys. She even gives Jessie Woody's sheriff badge. He's literally collecting dust. What do we learn in this movie that's new? Woody is as much a parent to the kids who write their names on the bottom of his boots as those who birthed them! Woody hides in Bonnie's backpack on her first preview day of Kindergarten. Woody comforts her (secretly) by finding her crayons and throwing a bunch of random supplies on the table, which Bonnie uses to create the spork toy Forkie. 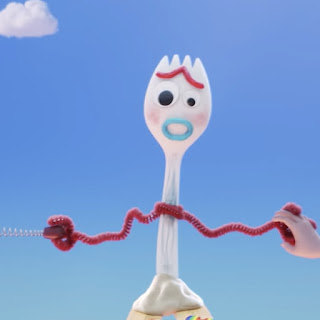 Forkie is traumatized by this thing called life, so Woody spends half of the movie teaching, saving, encouraging, building up, challenging... you know, parenting. He's doing all of this, he thinks, for Bonnie, who needs Forkie. But she didn't need the plastic utensil two days before! Woody cannot imagine or accept a world where Bonnie is safe to express any emotions. Because Woody has learned over the years, meaning the three previous movies, how painful confronting emotions can be.

Even for a toy.

TS1: Fear of being replaced by Buzz Lightyear, the fancy space toy
TS2: Fear of being forgotten and thrown away. He'd rather live behind glass at a museum in Tokyo.
TS3: Fear of letting Andy grow, stored away in the attic, or melted down in a furnace-- another piece of trash.

In TS4, Woody is reunited with Bo Peep, who was absent from TS3. They've always had one of those unspoken romance things. He feels bad for her now, because she is a lost toy-- not connected to any child. Woody's worst fear. But Bo digs her new life. Constant new adventures, not confined to a bedroom or antique store. She challenges Woody to re-think what motivates his behavior. Consider that there may be other possibilities.

At the end of the movie, Woody decides to stay with Bo and the new band of toys. They will travel with the carnival and explore adventures without ties to specific kids or toys from their past. If I found it difficult to say goodbye to Andy at the end of TS3, I was surprised at how hard it was to let go of Woody now. He's not dead. Woody retired. No one told him he wasn't needed anymore; he realized that he had permission to let go of his fears-- Bonnie would be fine without him-- and embrace his own life and happiness for once. He chose love over duty for the first time. The other toys, and I, are happy for him. But sad for me. 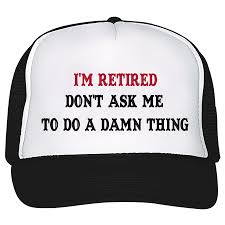 In the most amazing coincidence ever, our family of five saw TS4 on the same day I collected James after a three week cross country tour with my parents and nephew Ayden. I mean literally: as Woody and Bo are traveling without a plan across the country, Mom and Dad are arriving home after three weeks away, pulling an RV behind the truck. Ayden recently graduated from high school and is headed to the Navy next month, and Mom and Dad wanted to take the two of them on a special trip. Ayden will be the second grandkid Mom and Dad have loaned out to the military in less than a year; James will be grandkid #3 to leave home a year from now. It's hard.

Truthfully, I've started to plan my own retirement in 20 years or so; just don't tell Christy. It involves lots of baseball and cinemas. Searching for Pez at garage sales. Shocking, I know.

"What does a buffalo dad say to his kid when he drops him off at college?" "Bison." -- McMurry University Instagram feed, 02 July 2019.

Yeah, I didn't need that after seeing Toy Story, but at least it was this summer and not next! I saw a random tweet the other day that said, "Why wouldn't I want to live in the past or the future? They are much longer than the present." Yeah I guess that's right. Whatever time we find ourselves in the most, it's healthiest for everyone involved to do so without fear. OK, that sounds unrealistic. At least face the fears, listen to them, ask what we really fear, and how we can creatively overcome them?

How do we learn to give ourselves permission to truly live to infinity and beyond?
Email Post