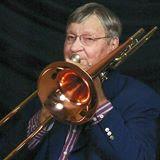 This week my former high school band director, Mr Reinke, died. Mr Reinke is a legend in my hometown of Bay City. He was the leader of our Black Cat Band for many years. He was a fiery man, a perfectionist with extremely high standards. He was a gifted musician. He and I both played the trombone; one of us sounded like a goose being strangled. The other sounded like... well I can't think of a metaphor to properly describe Mr Reinke's horn. It was amazing. He would pull that thing out occasionally to show us how to properly play a part of a song and the sound was spellbinding.

Mr Reinke was very innovative in his music selections. He had us playing the most random music, from popular stuff of the day by Michael Jackson to Also Sprach Zarathustra (popularly known as the theme from 2001: A Space Odyssey) to Queen's Bohemian Rhapsody. This song in particular was a great choice-- it's amazing, complicated; however, this was the late 1980s. The song was originally released in 1975, and "classic rock" as a radio category didn't really exist yet. The early 90s film Wayne's World made the song popular again, and it has continued in that popularity even until today. But when we played it in the Black Cat Band no one knew it. Under Mr Reinke's direction, we nailed it.

I played in the Famous Black Cat Band for four years. It was an exhausting, thrilling experience. The decision to choose band over football after my sophomore year was about as easy as decisions get. Both would involve gallons of tears and sweat; one involved the risk of physical injury. All of my closest friends played in the band for four years. For us, it was the place to be, as far as school activities go. But really it was about Mr Reinke. He had the ability to make everyone feel like they were a part of something vital. And we were; that band won many awards. I compare my high school band to every band performance I hear, from Sherman High to the Mustang Band at SMU. We stack up pretty darn well, to be honest. Not that I am suffering from Old Man Syndrome or anything. 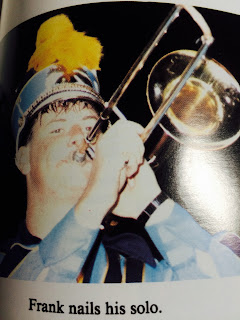 Reflecting on the band and Mr Reinke this week, I made the mental connection to our Vacation Bible School, which concluded last night. Nearly 60 kids from the community came for VBS this year, many of whom do not attend Grace. Some even came as a result of an ad we ran on Facebook. Our Family Ministries coordinator, Janet Hayes, does an amazing job pulling this off every year. But what makes VBS, and any church-wide ministry work well, is the effort of the helpers (Mr Reinke would say the same thing about the band). We had parents, grandparents, and youth helping in various roles, from class leaders to kitchen helpers to sound and video assistance. We even had folk helping who had no familial ties to any children; they just love Jesus and kids. And up front were our two most visible leaders: a human male and some kind of creature with the ability to change forms every year: from leopard to crab to red panda. Thanks to everyone who made VBS a great experience!

Being a part of something bigger than oneself is a very powerful feeling, especially in a highly individualistic culture. Each of us have our own gifts to share, and it is a wonderful thing to discover those and use them for God's glory. In the church, the Holy Spirit brings together people with varying gifts, orchestrating them in such a way that the resulting collaboration is something spectacular. I witnessed that this week at VBS, and I participated in it in the Black Cat Band. I am grateful for leaders who see, and hear, the various gifts folk have and offer them in such a way that the audience, whether kids at church or judges at a band competition, can experience some sense of joy.

God bless the of memory Mr Reinke and the grief of his family.
Email Post

Jana said…
In the mid-70's, Mr. Rienke had the band play The Hustle at the tri-state contest. We did a very structured version of "the bump" in one part of the march. It was truly cutting edge at the time. Needless to say we didn't get a 1 (judges thought it was too edgy) but everyone in the band didn't mind. When Mr. Rienke read the comments out loud, he told us we had performed the routine flawlessly and he was so proud of us. That was better than a medal any day. My love & prayers go out to his family in this time of rejoicing. To be able to play in the Lord's band will be fun for Mr. Rienke. Jana Smith-Chapman