Sailing in our Doubt 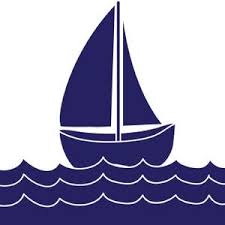 The other night at the family home I asked if ____ had any favorite scriptures. No one could offer anything specific, but I believe I heard ____ mention Job. Considering ____ ’s struggles with ALS, it makes sense that Job would be a story she could turn to for comfort. Job was a faithful person caught in a storm of grief and suffering. He loses all of his possessions, much of his family, and then his own health. It’s an epic poem that offers an honest assessment of the human condition when we are hurt. We learn several very difficult life lessons:

Job is one of the oldest books of the scriptures, which shows us that the struggle to find meaning and purpose in suffering is not new. It’s part of who we are; part of our spiritual DNA. I know from the other night that ____  loved sailing. Her most cherished possession was a necklace with a gold sailboat, often the only jewelry she wore.Thinking about the image of sailing on Lake Texoma, I thought about Jesus’ disciples in another boat, on a different sea.

The scene is familiar; it must have happened to them multiple times. The Sea of Galilee is known for random storms showing up out of nowhere. The storm is raging, the disciples, most experienced sailors, are struggling. One time Jesus was in the boat with them, but asleep. “Wake up!,” they shout. “Don’t you care that we’re dying out here?” Jesus wakes up, calms the storm. He asks, “Why are you afraid? Where is your faith?” The disciples are perplexed: “Who is this guy that even the waves obey him?”

Another time they are caught in a storm and Jesus is not with them. Panicking, they vainly try to use their own skills to save themselves. It’s not happening. Then the see something on the water, walking toward them. As if the waves and wind weren’t enough, now a ghost is attacking them!! “Don’t be afraid; it is I.” Jesus says. In a couple versions of the story he climbs in the boat and the storm immediately subsides. What happens when we welcome Jesus into the storms we are trying to fix on our own?

But in Matthew’s version of the story, Peter speaks up: “If it is you, call me out to walk to you. On the water.” “Bring it on,” Jesus says. So Peter steps out onto water. But remember, Jesus is not in the boat; the calming of the storm doesn’t happen until Jesus enters. So the storm is still raging around him. When Peter remembers that life is full of unanticipated chaos he can’t deal with on his own, he begins to sink. Not quite in a panic, Peter yells, “Lord save me!” Jesus pulls him out of the water, settles in the boat, and of course, just like that, the storm is over. “Why did you doubt?” No answer.

The message of those sea stories and the Job poem isn’t that doubt is bad and we should just bear up and endure. It’s that God invites the conversation. God wants to be a part of our suffering and our questions. Not to be blamed for our challenges, although God can certainly handle our criticism. God wants us to reach out in faith to seek the presence and power that will give us the hope we crave. “Why did you doubt?” Jesus asks. Peter and the disciples do not answer, ashamed. They can only murmur to themselves, “Who is this person?” What if they had said something honest like, “Because we have devoted our lives to you and these things aren’t supposed to happen!” How would Jesus respond?

God challenges Job: “Why do you doubt?” Job can’t answer either. God says, “Where were you when I created all things? Don’t you know I am the master of all things, even the monsters that scare you?” God doesn’t want us to have all the answers. God wants us to admit we don’t have it all figured out, that life is bigger and deeper than we can imagine, and sometimes it’s scary and unfair. What does it look like to admit those things and still turn to God for help in our times of distress?

The other day I was talking to ____ on the phone. He mentioned two questions he had asked himself throughout ____ ’s illness, but especially as it progressed nearly to the point of her death:


____ was determined to be faithful to ____  to the end, just as ____  was faithful to him, her boys, and her entire family. That kind of honesty and commitment is what builds enduring relationships. It’s what makes us strong in the face of the storms. That’s how we can say in faith, “Lord I cannot deal with these gale force winds!” before they show up-- because they will. We live under the guidance and power of the Holy Spirit, God’s never-ending presence and promise within us. When we are afraid, when we feel lost, we do not lose hope. Nothing in life or death can separate us from the love of God in Christ Jesus. It’s good news for us, doubts and all. In the name of the Father, the Son, and the Holy Spirit, Amen.
Email Post